It Doesn’t Take Much: Lifestyle Tweaks To Sustain Your Brain 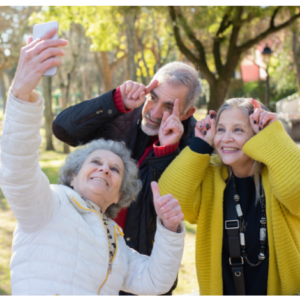 It Doesn’t Take Much: Lifestyle Tweaks To Sustain Your Brain

With continued disappointing news about forthcoming drugs to address Alzheimer’s, you might begin to despair that there’s little you can do to prevent an Alzheimer’s or dementia diagnosis and that you may as well throw up your arms in distress. However, as we’ve pointed out in previous posts, there are many possible lifestyle changes and preventive measures you can take- right now- to lower your risk and put yourself on a healthier path as you get older. Rather than despair, you can take control and with just a little bit of effort, you can potentially lower your risk significantly. Several new research studies and resources point the way.

First, as we’ve previously noted, loneliness and social isolation can really take a toll on brain health, and new research findings underscore this fact. A new study out of the University of Michigan and published in Alzheimer’s & Dementia (The Journal of the Alzheimer’s Association), reports that in adults over age 65, extended periods of feeling lonely are associated with more rapid memory decline, especially among women. With a philosophy that it’s never too late to make an effort to maintain memory function, the researchers point to the importance of reducing loneliness during mid-life and even later in life. So one strategy for yourself or a loved one? Combat loneliness and social isolation through ongoing and regular connection, social engagement, and participation in community activities.  Another recent study published in the journal Neurology also underscores how engagement in social activities, along with ongoing learning, can help build up your “cognitive reserve” and protect your brain from dementia, even among those whose childhood experiences and educational opportunities were limited early on. So pick up that community college course catalog and read more here.

Another reasonably easy lifestyle tweak to better protect your brain from decline? It turns out even simple movement can be protective of brain health. Whether with strenuous aerobic exercise or more simple stretching and balance movements, it turns out sedentary seniors with mild cognitive impairment were able to maintain their memory skills with regular activity over the course of a year. The catch? Researchers provided one-on-one attention for each participant from personal trainers who worked with the seniors during their activity. Once again, this social interaction was considered partly responsible for the success of the intervention, but the researchers also make the point that this brain-preserving movement intervention is “doable for everyone.” So grab a partner who also wants to exercise, and get ready to make some moves by reading here.

Finally, as you likely know, focusing on the food you ingest to fuel your body can have a tremendous impact on your physical and cognitive well-being. With some minor tweaks in your diet, you can likely make significant strides in improving not only your physical health but in lowering your risk of dementia and cognitive decline. Dr. Uma Naidoo, a nutritional psychiatrist from Harvard Medical School, recently outlined her go-to foods to keep her brain “young and healthy” every day. With a focus on the B vitamins, Dr. Naidoo’s daily diet includes such basics as eggs, yogurt, and leafy greens. Not very difficult to access foods if you’re determined to keep your brain strong. So get your scramble going and click here for more advice. And if you’re looking for a valuable resource on foods and cooking that’s entirely aimed at keeping your brain healthy, look no further than the website Brain Health Kitchen, founded by Dr. Annie Fenn, whose mission is to make sure everything you do in your kitchen puts you in the best place possible to lower your risk of Alzheimer’s. With free recipes and fabulous advice, you’re sure to find a healthy and delicious way to satisfy your stomach and support your brain. Click here to find out more.