That Old Thing: New Insights Into The Aging Process (And Whether It’s Stoppable) - agebuzz

That Old Thing: New Insights Into The Aging Process (And Whether It’s Stoppable) 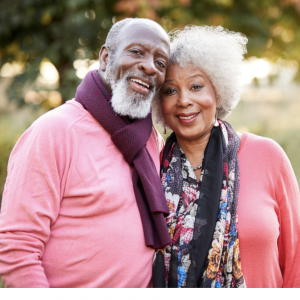 That Old Thing: New Insights Into The Aging Process (And Whether It’s Stoppable)

It’s one of the oldest mysteries of mankind, not yet solved but with innumerable theories and millions of dollars devoted to the definitive answer. The mystery is: Why do we age, how do we age, and is there a way to thwart the aging process? (Of course, a whole separate philosophical question is, would you even want to live for a longer time if you could?) With current US life spans now hovering at an average age of 80, many in the scientific and entrepreneurial sectors believe we are tantalizingly close to pushing the boundaries well beyond that, perhaps even arriving at a point when we can stop and reverse the aging process. As Dr. Gerard Kasenty of the Dept. of Genetics and Development of Columbia Univ. Medical Center, makes clear, “Aging is an invention of mankind. No animal species has successfully cheated its own body—cheated nature—except mankind. Elephants may live for 100 years but they lived for 100 years a million years ago. Humans have outsmarted their own body.” The question now becomes whether we can continue to cheat death and push the boundaries of the human lifespan drastically forward.

To understand efforts now underway to “hack” aging, you need to familiarize yourself with current theories of aging in the human body. According to Healthline, there are over 300 theories on why we age, with division between those that are intrinsic (that is, genetically predetermined) and those that are extrinsic, i.e., result from outside factors over which you may have some control, like lifestyle and stress. The range of ideas includes theories that cells have predetermined life spans, or that your inherited DNA controls your life expectancy, to biochemical theories that ascribe naturally occurring processes in your body, happening throughout your life, as causing aging. These days the reigning theories suggest that cell senescence (the halting of cell division in your body, leading to a build up of cells- and thought to accelerate the aging process) is key to understanding aging and aging-associated diseases. According to Andrew Steele, author of the recent book  Ageless: The New Science of Getting Older Without Getting Old, combatting cell senescence is critical to slowing down the aging process, and research in mice now demonstrates that removing senescent cells keeps mice biologically younger. In a recent essay in the Wall Street Journal, Steele admits that “the path from lab bench to pill is filled with obstacles” but figuring out the underlying causes of aging- rather than playing whack-a-mole to address individual diseases of old age- is our best bet to expanding the human lifespan and healthspan. Steele believes we may see senolytic drugs (that remove damaging senescent cells from the body) within a decade, so “the longer you live (now) in good health, the greater the odds you will be alive to benefit from new treatments and to live longer and healthier still.” In other words, hang on and continue your healthy aging habits because help is on the way if you can just stay alive! Other scientists support the growing consensus that scientific advances will likely be able to delay the aging process, either with a focus on senescent cells or through such external factors as restrictive diets or even transfusions of “young blood” into older individuals. Finally, for a “Road Map” of the innovations and advances that may drastically extend life spans in the coming years, take a look at this brand new article from The New York Times.

And as scientists work to push back the clock and delay the onset of “aging,” it may also be time to re-think the images and qualities we attach to the concept of “old age.” For example, it’s not uncommon for many to feel much younger than their chronological age. That’s because our expectations of what it means to be “60” or “80” don’t always jive with today’s reality, given longer life spans, public health and medical improvements, and other lifestyle factors. Today’s 65-year-old barely resembles the “old” person of 65 from previous generations. In fact, it may be time to retire the concept of “old” and replace it with something that more accurately mirrors today’s lived experience. In a recent post in Forbes, writer Sarah Zeff Geber suggests we reconsider the parameters of when “old age” begins, and instead use a phased approach that captures the gradual transition of what happens as we leave middle age behind. Without defining hard and fast boundaries, she asks us to consider categories that denote independence, interdependence, dependence, crisis, and ultimately end-of-life. Some may live in one phase for longer than others, and some may skip certain phases altogether. The key is to recognize that our understanding of “old age” is, in fact, old-fashioned- and it’s time to retire “the rocking chair and feebleness” that many think of when “old” is mentioned. As we can see from scientists working in the field of biogerontology, not only do we now have theories of aging that may lead us to radical innovations to slow down the process, but as a society, we need a new framework and vocabulary for who we are, and what we can accomplish, as we enter our later years.

Pave The Way: Adaptive Products That Allow You To Age In Place