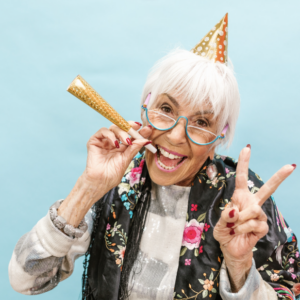 You’ve likely met them before, or perhaps you are even one of them: Able to recall vivid details from events long in the past, constantly on the prowl to read new books and learn new information, even playing a robust game of tennis at an age that most of us can barely get out of a chair. They’re “SuperAgers” and they function in their day-to-day lives with a capacity and competence that most their age no longer possess. What makes them tick? Is it just good genes or luck of the draw? Well, researchers are hard at work trying to determine what traits support these lucky few in their “super-aging” and whether there are any lessons to be learned to help the rest of us mere mortals.

The term “Super Ager” was first coined by researchers at Northwestern University Feinberg School of Medicine, and by their definition, a Super Ager is “someone in their 80s or older who exhibits cognitive function that is comparable to that of an average middle-aged individual. Additionally, this group has been shown to exhibit less brain volume loss.” According to their recent study published in The Journal of Neuroscience, the brains of these individuals have fewer tau tangles, which are typically associated with the development of Alzheimer’s and other dementias, and have a thicker cortex that shrinks more slowly than ordinary aging human brains. By looking at an array of factors from study participants, including blood samples, MRI or PET scans, cognitive testing and assessments, and brain autopsies after death, researchers are getting a better handle on why these individuals stand out as being so capable late in life. These individuals also possess larger and healthier neurons in the entorhinal cortex part of their brains, which is often the first area affected by Alzheimer’s and also plays an important role in memory and learning. While researchers believe there may be a genetic component to these brain characteristics, they also point out lifestyle traits that these Super Agers often share. These include a physically active lifestyle (did you know that your risk for Alzheimer’s triples if you have a BMI over 30?), continuously challenging themselves mentally, a tendency to be social butterflies, and possibly moderately indulging in occasional alcohol. To find out more about super-aging, read here or listen to this interview with Dr. Emily Rogalski, one of the lead researchers on this study. And if you live in the vicinity of Northwestern University and want to become one of their Super-Agers (only 10% of the people who apply are accepted), check out the program requirements here.

If you happen to be located on the east coast, there’s another “Super Agers” study just getting underway at Boston University. This new study uses a somewhat different definition of the term: According to this study, a Super Ager is someone who lives well into their 90s or beyond and remains unafflicted by typical diseases of aging. A collaboration of Boston University, Albert Einstein College of Medicine, and the American Federation for Aging Research, this study hopes to enroll 10,000 people who are at least 95, along with those whose parents or in-laws are at least 95. The aim is to amass a database of “Super Agers” to determine what genetic factors support this super longevity and healthy aging. As the study website makes clear, “Our mission is to understand and uncover the biological factors contributing to healthy aging and exceptional longevity shared among the SuperAgers.” If you think you or your loved ones may qualify, grab your medical records and click here.