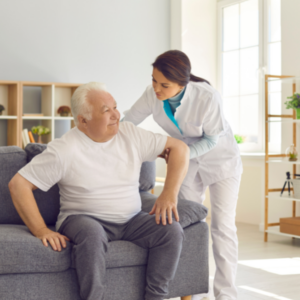 Hopefully, everyone had a relaxing and restful summer. If you were lucky, you grabbed some time sitting on the beach, lounging by the lake, or just relaxing in the backyard, ideally catching a breeze in all the summer heat we had. However, if you’re now strategizing about how to spend your fall, let’s make one thing very clear: the more time you spend “vegging” on your bottom, the more trouble you invite for your health and well-being.

We’ve previously relayed the current wisdom that “sitting is the new smoking” and newly published research further underscores this point. In a recent study published in JAMA Cardiology coming out of Simon Fraser University in British Columbia, researchers considered the circumstances of over 100,000 adults in 21 different countries to examine the impact of extended sitting on cardiovascular disease and mortality rates. Researchers found a direct correlation between longer sitting and worse health outcomes. In fact, those who sit for 6-8 hrs/day had a 12-13% increased risk of heart disease and even early death, while that risk rose to 20% for those who sit more than 8 hours a day. As one of the lead researchers commented, “Our study found a combination of sitting and inactivity accounted for 8.8% of all deaths, which is close to the contribution of smoking.” It also appears that older adults (65 and older) who have difficulty standing up from a chair in which they’ve been sitting (part of a test called the Short Physical Performance Battery) may have cardiovascular problems requiring immediate attention. In a study published in the Journal of the American Heart Association, study participants who had poor physical function (including standing from a sitting position) were at higher risk for heart attack, stroke, or heart failure, separate and apart from whether they had more traditional risk factors such as high blood pressure or high cholesterol. For more on this study, grab the arms of your chair and click here.

Furthermore, researchers are beginning to understand that it’s not merely sitting that’s the problem but what you are doing while sitting that can really undermine health, especially brain health and the risk of depression and dementia. For example, a study from China published earlier this year found that sedentary behavior can have an adverse effect on mental health and increase your risk of depression. But in particular, the researchers cite sitting that involves passive behavior (such as watching television) rather than more “active” sedentary behavior (such as interacting on your computer or reading), as the main culprit. In this study researchers found spending 2 or more hours/day of passive sedentary tv watching was associated with a high risk of depression while mentally active sedentary behavior could reduce your risk of depression. Similarly, a study just published in the Proceedings of the National Academy of Sciences found a meaningful difference in terms of negative health consequences between “intellectually sedentary” activities such as tv watching versus more “active” sitting behaviors such as working on your computer. Regarding the risk of dementia due to sitting, the researchers found that “It isn’t the time spent sitting per se, but the type of sedentary activity performed during the leisure time that impacts your dementia risk.” In essence, it’s not necessarily the sitting itself but how mentally active you are while sitting that puts you at risk. And researchers further warn that you cannot counter the negative effects of this “passive sitting” by trying to be more physically active at other times during the day. Bottom line? “What we’re doing while we’re sitting matters.”