Longevity Lessons: A Diet To Extend Your Health And Life 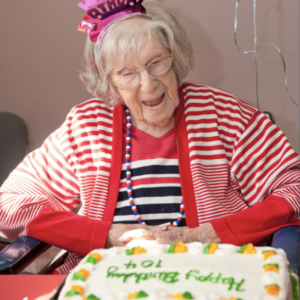 Longevity Lessons: A Diet To Extend Your Health And Life

You may have heard the sad news of the recent death of Kane Tanaka of Japan. Her death was most noteworthy because, at the time, she was the oldest living person in the world, age 119. Following Ms.Tanaka, the next oldest person still alive is 118-year-old Sister Andre of France, who hopes to break the record of the oldest person ever to have lived, Jeanne Calment, who died at age 122 in 1997. Sister Andre spent her entire working career (from which she retired at age 108) as a nun serving others. Now blind and in a wheelchair, she still enjoys prayer, conversation with visitors, and her meal times. And chances are, there will be more “Sister Andre”s in the years to come. According to the World Economic Forum, there are now over ½ million people around the world over age 100. The United States is home to the absolute highest number of centenarians (over 97,000) and Japan has the highest percentage of centenarians: .06% of their population is age 100 or older. In Europe, France, Spain, and Italy also have high numbers of centenarians.

If you’d like to join the “centenarian club,” or even break some longevity records yourself, what’s the latest scientific research to support that goal? The most recent research that’s captured the attention of longevity experts comes from the work of Professor Valter Longo, the Edna M. Jones Professor of Gerontology and Biological Sciences and Director of the Longevity Institute at the University of Southern California –Leonard Davis School of Gerontology. With his recent publication of a new research paper in the journal Cell and his introduction of a new “fasting-mimicking diet” program called Prolon, Dr. Longo hopes to combine decades of rock-solid scientific evidence with new clinical research to create a “longevity” diet that focuses on lifestyle changes to extend your health span and your life span.  This longevity diet includes a combination of carbohydrate intake from non-refined sources, low but sufficient levels of protein (mostly from plant sources) along with plant-based fats, all to be consumed within an 11-12 hour window each day, thereby allowing a daily fasting period. He also advocates a 5-day cycle of fasting or a fasting-mimicking diet every 3-to 4 months. In reality, his approach to eating is not all that different from the Mediterranean diet, as it includes legumes, whole grains, nuts, olive oil, and even dark chocolate, but no red or processed meat, and little white meat. In fact, his approach is an evolution of the diet advocated in the Blue Zones, but it adds the notion of time-restricted eating and short fasting periods every few months.

Dr. Longo is convinced that there’s an optimal combination of diet and fasting that can give an individual the best chance of maximizing our healthspan and lifespan. Looking at genetics, in combination with nutrients and fasting, Dr. Longo plans to conduct research among the population of the town of Molochio, in southern Italy (where being a centenarian is not so rare) in order to better understand and develop a diet that can protect against age-related diseases and extend human longevity. His “rival” in the longevity diet world, David Sinclair, disagrees with his approach and has his own ideas about how to manipulate the human diet in order to extend the human life span. While these two top researchers may disagree, one thing is incontrovertible: More and more people are living beyond age 100, and if we can determine what type of lifestyle and diet support that longevity and help extend the human health span, we can all benefit. To find out more, watch here.