Ladies And Gentlemen: The Aging Divide Between Men And Women 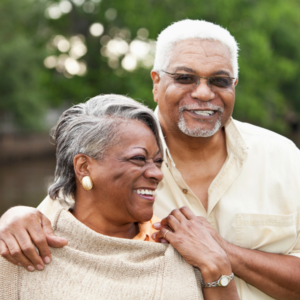 Ladies And Gentlemen: The Aging Divide Between Men And Women

Everyone, regardless of their sex, feels the effects of aging. What may be less obvious is that, depending on whether you are a woman or a man, the process of aging may take a different toll on you and help determine how well you age as well as how long you live. Newly published research furthers our understanding of where those differences arise and what the implications are for each of us as we get older.

Let’s look at the research. First, consider cancer. We know that the majority of new cancer diagnoses occur in adults 65 and older. We also know that most types of cancer develop more in males than females and that cancer death data reflect this difference between men and women. A new study from the National Cancer Institute suggests that the difference in cancer incidence between men and women is more attributable to biology than any lifestyle behaviors (smoking, drinking, diet, etc). While there’s not a lot of understanding about the biological bases for these differences, there are some hypotheses that the protective nature of X chromosomes (women have 2 and men only have 1) as well as differences between estrogen and testosterone may have bearing on the differences between men and women. For more on this study, read here.

We also have new research detailing an important difference between how men age and how women age. This study, published in The Journal of Gerontology Series A, comes from Finland, where researchers found that “men are biologically older than women of the same chronological age and the difference is considerably larger in older participants.” In fact, it appears that by the time men and women chronologically reach the age of 50, men are actually biologically about 4 years older. Previously on agebuzz, we considered the concept of a “biological clock” which may give a more accurate sense of how your body is aging by looking at certain biological markers, rather than candles on your cake. Well, it seems those markers in men suggest that men age faster than women do, again a difference not explained away by lifestyle factors. While that aging difference gap appears to be narrowing, it’s still unclear exactly what causes such differences. To find out more, click here.

One additional new study suggests that women’s brains may respond differently to certain physical and mental activities than men’s brains. This study, published in Neurology, examined the impact of physical and mental activities on cognitive reserve, a type of brain capacity and resilience that allows you to maintain your thinking skills even if your brain shows changes typically reflecting cognitive impairment or dementia. According to the researchers, they found that “greater physical activity was associated with greater thinking speed in women, but not in men.” Both men and women were found to have greater thinking speed as a result of mental activities such as game or puzzle playing. While this study did not find direct causation between physical and mental activities and cognitive reserve, it did find an association, so that women, but not men, had greater cognitive reserve if they exercised regularly. While these findings do not give men a pass in undertaking physical exercise, they do provide yet one more clue for how both men and women can delay the onset of cognitive decline or slow it down if symptoms appear.

One final encouraging study for men: In a recent edition of British Medical Journal Open, researchers out of Denmark report that despite common wisdom about men having a shorter life expectancy than women, in fact, under the right circumstances- that is, especially if they are married and attended college- men actually have up to a 50% chance of outliving women, if you consider mortality data over the last 200 years. While men still face a survival disadvantage due to accidents at younger ages and smoking and drinking at older ages (perhaps explaining the greater number of cancer diagnoses), men who are in stable relationships and educated tend to benefit more in terms of survival than the women in those relationships. To understand more, pull out that marriage certificate and college diploma and read here.