End Of The Road? Older Adults Out Driving Again - agebuzz

End Of The Road? Older Adults Out Driving Again 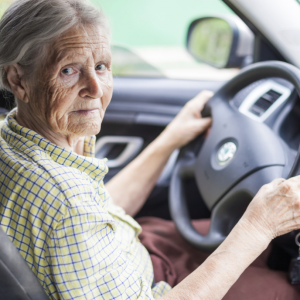 End Of The Road? Older Adults Out Driving Again

Now that you’re (hopefully) vaccinated, you may want to take a vacation and see the world again. Given conditions outside of the US, you may plan a domestic trip, one that may involve a car rather than the hassles (and risks) of airplane travel. But, beyond your local driving to purchase essentials during the pandemic, how much driving have you done in the last year and a half? Do you feel confident to take on longer distances or unfamiliar terrain? Have you had any changes in your physical or cognitive health that should make you more cautious? As we’ve previously made clear in agebuzz, just because you’re an older driver doesn’t automatically mean you have poor driving habits or pose a risk to anyone else. But given the fact that many of us have spent the better part of the last year off the road, it’s wise to assess whether your skills (or those of a loved one) need some brushing up or re-evaluation. For a comprehensive guide to the array of considerations involved in senior driving, buckle up and click here.

New data from the Insurance Institute for Highway Safety makes clear that despite the ageism often embedded in car insurance rates, older drivers are actually safer than their younger counterparts on the road. As well, there are a lot of myths out there about older drivers, that may bear little relevance to your actual skills and safety on the road. The rates of change to one’s driving abilities are very individual-specific, and generally, older drivers tend to be more self-regulating and less likely to drink and drive, so safety may not be as big a concern as it is with younger drivers. Nonetheless, as we’ve also previously documented in agebuzz, physical changes in flexibility, vision, hearing, and other symptoms could render an older driver less capable and underscore the need to be more cautious when thinking about hitting the road. For info on the various requirements of each state for renewing the licenses of senior drivers, adjust your mirrors and click here.

There continue to be a number of new technologies and innovations specifically intended to help older drivers continue to drive safely into their later years, or that can support those older drivers who no longer feel comfortable behind the wheel. In Japan, where almost 30% of the population is over 65, some of the leading car manufacturers are upgrading their safety features, with automatic braking, visual and auditory alerts, and other smart technology. In the US, where the CDC notes that there has been a 60% increase in over 65 drivers since 2000, technology is now being developed to allow seniors to stay safely on the road, especially given the recognition that the loss of independence that accompanies giving up driving correlates to increased levels of depression and increased entrance into long term care facilities. For those who have made the decision to give up driving, the future of autonomous, driverless cars continues to look promising (if not yet ready to roll) as a way to keep up the independence that comes with driving a car. And for those who no longer drive but are hoping to maintain independence (albeit using someone else as a driver), check out Very Well Health’s updated list of best senior transport services.

Perhaps the toughest issue when it comes to senior driving has to do with those drivers beginning to experience cognitive impairment or dementia. They may not realize, or be able to judge, when their skills no longer allow them to safely drive and may resist the idea of turning over their keys. Over at the website Being Patient, clinical psychologist Dr. Linda Ercoli addresses this sticky problem with advice about how to have a conversation with an impaired driver, how to be sensitive to the personal indignity and embarrassment this may cause, and how to take more assertive measures when necessary. The Hartford Insurance Company has also published a detailed guide about how to address this troubling situation. Nonetheless, driving is such a cognitively-driven skill that new research just published underscores how driving behaviors may give away telltale signs that the driver is in the early stages of dementia. While no one wants to pre-emptively and unnecessarily disempower an older adult or take away independence, it is critical for the well-being of the driver, passengers, and others on the road, to ensure that all drivers have the physical and cognitive capacity to drive safely.