Cut Your Losses: New Research On How To Cut Your Risk Of Dementia 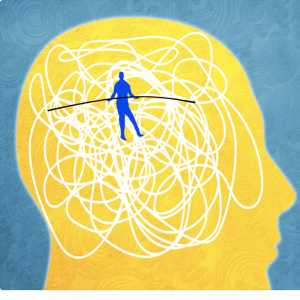 Cut Your Losses: New Research On How To Cut Your Risk Of Dementia

As the population ages and the incidence of dementia keeps rising, the need to be proactive and lessen your risk of being diagnosed with dementia becomes critical. We continue to have few viable treatment options and no cures on the horizon. So our best bet continues to be healthy living and preventive measures, including addressing such modifiable risk factors as obesity or negative thinking, and an array of other conditions over which you may have some control.

Recently, a slew of new research has been published addressing factors that may increase your likelihood of being diagnosed with dementia or help shield you from such a diagnosis. First up, Type 2 diabetes, a condition that can cause such serious health complications as blindness, heart disease, stroke, and kidney failure. There’s no doubt that we already have at our disposal strategies to prevent or delay the onset of Type 2 diabetes, and now comes even more reason to try to forestall this condition. In a new study published in JAMA, researchers found that the earlier you are diagnosed with Type 2 diabetes, the greater your risk of a dementia diagnosis. For example, researchers found that a person diagnosed with Type 2 diabetes between the ages of 55-59 was 2x more likely to develop dementia in his/her later years than someone in the same age group without the diabetes diagnosis. While it’s not clear if diabetes causes dementia, it is clear that there is some association, and that proactive measures to prevent or control Type 2 diabetes can lessen your risk of a dementia diagnosis. To find out more, read here.

As well, poor sleep quality is now clearly implicated in raising your risk of dementia. In a recent study published in Aging, researchers evaluated over 2800 participants ages 65+ to see if there was a relationship between self-reported poor sleep quality and subsequent dementia diagnoses. They found that those who reported sleeping less than 5 hours/night were 2x as likely to develop dementia (and twice as likely to die) five years later, as compared to those who reported sleeping 6-8 hours/night. A second study published in Nature Communications also found an association between poor sleep quality and dementia diagnoses. In this study, those who consistently reported less than 6 hours of sleep/night in their 50s, 60s, and 70s had a 30% higher risk of dementia compared to those who consistently slept 7 hours/night. While it’s not clear whether lack of sleep causes dementia or whether lack of quality sleep is a symptom of a developing dementia, the association is real and demands you pay more attention to your sleep quality and habits. For more on these studies, grab your sleep mask and click here and here.

Finally, if you’re looking for something to lower your risk of dementia, you need to check out your dinner plate. Though we’ve previously touted the benefits derived from adhering to a Mediterranean diet, now comes even more proof of its value, this time in lowering your risk of dementia. In a recent study published in Neurology, researchers from Germany discovered that the components of such a diet appear to lower the levels of amyloid and tau proteins in the brain, both associated with the development of dementia. As the experts report, “the study suggests that eating a diet high in unsaturated fats, fish, fruits and vegetables and low in dairy and red meat may actually protect your brain from the protein buildup that can lead to memory loss and dementia.” In the study, participants who followed a Mediterranean diet scored better on memory tests than those who did not. So grab some leafy greens and read more here.