Bright Young Thing: How Old Do You Actually Feel? 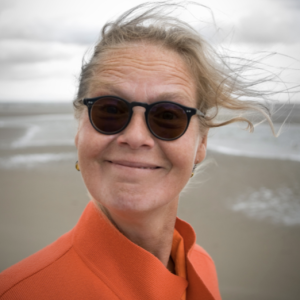 Bright Young Thing: How Old Do You Actually Feel?

If you were to close your eyes and let your mind wander, how would you think about your current self? What age do you feel like you are? Does your sense of yourself jive with your actual birth date? What do you think people your actual age should look like? Or feel like? Or act like? If you’re experiencing a dissonance between your sense of self and reality, you’re not alone. Recent opinion polls show this disconnect is more commonplace than we realize. For example, a recent post in the Good News Network reported that, according to an opinion poll of 2000 adults over age 65, 72% reported feeling younger than their actual age, and ½ of those reported feeling younger than 50 years old. In another poll of people over 60 conducted in the UK, the majority of respondents said they feel about 12 years younger than their actual age and 22% reported feeling 20 years younger than they actually are.

As a reminder, this concept of feeling younger than you actually are is known as “subjective” aging, which may stand in contrast to your chronological age (the date of your actual birthday) and your biological age (how old your body’s cells appear, based upon certain biological markers). There are a lot of reasons you might feel subjectively younger than your chronological age, including how well you sleep, what stereotypes color your view of aging, whether you have a positive or negative view of aging, and of course, how active and engaged you are and how well you take care of your body.  As was pointed out in a recent article in The Harvard Gazette, we’re at a unique moment in history with more of us living longer and with more of us experiencing a longer healthspan. With an average lifespan in the United States into the 80s, there are now more octogenarians living cognitively and physically active and engaged lives than ever before (including in our political world). No wonder so many of us don’t feel “our age.”

The good news is that for those of us who feel younger than we actually are chronologically, there may be valuable health benefits as a result. In essence, it’s a circular proposition: the better we feel about our own aging, the better our aging experience is likely to be, which will support our positive perceptions about aging and lead to a healthier, more engaged life- and a happier aging experience! Underscoring how important the brain-body connection is for aging, research has shown that older adults with a dim or negative view of aging tend to lack a buffer to shield themselves from daily stressors, which can then lead to physical health problems. In contrast, those with a brighter outlook on aging have more resilience to withstand the potential negative health outcomes of these stressors.

For many, there is good reason for FOGO (Fear of Getting Older). In fact, a recent online survey undertaken by Pfizer of 2000 participants found that the number one fear of getting older related to worry about a decline in physical ability (followed by fear of running out of money and chronic illness). The irony is that this fear could be a self-fulfilling prophecy. As one expert has noted, “How we think about who we’re going to be in old age is very predictive of exactly how we will be.” So, for those who subjectively think of themselves as younger than their chronological age, congratulations- you are likely to live several years longer than your negative thinking counterparts. For those having trouble looking on the bright side, consider flipping the script and looking at the glass half full.