Big News: Dangers From Obesity And A New Scientific Breakthrough To Reverse It - agebuzz

Big News: Dangers From Obesity And A New Scientific Breakthrough To Reverse It 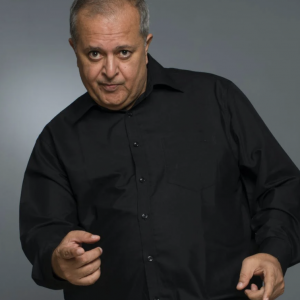 Big News: Dangers From Obesity And A New Scientific Breakthrough To Reverse It

It’s no surprise: If you’re obese, you stand at greater risk of being afflicted with heart disease, high blood pressure, diabetes, or even serious COVID consequences. As one commentator has noted, getting infected with COVID as an obese person is “like pouring gasoline on top of a fire.” In fact, there’s been some concern that because of obesity, some may not respond well to the COVID vaccines that otherwise appear to be quite effective. (We know that flu vaccines are less effective in very overweight and obese people). However, it appears that Pfizer included obese participants in its clinical trials, reflecting the fact that 70% of US adults are overweight or obese. Therefore, fingers are crossed that the vaccine is as strong among the obese as it seems to be for those without excess weight.

Beyond COVID, however, obesity more generally appears implicated in other serious illnesses and even early death. New research out of Britain reports that in England and Scotland, deaths attributable to obesity have now outpaced those attributable to smoking. Given the linkage of obesity to cancer and cardiovascular disease, it seems critical to treat obesity as a public health epidemic requiring specific and targeted policies and strategies. Medical News Today also reports that a recent study out of Amsterdam identifies obesity as one of the critical factors leading to accelerated biological aging (other factors include being male, smoking, and suffering from depression). And as we’ve previously posted in agebuzz, there is a link between obesity and your risk of dementia. Now, new research out of the University of Sheffield underscores how obesity during your middle years may add additional burden on your brain tissue, putting it at greater risk for Alzheimer’s in your later years.

But there is some good news on the horizon when it comes to obesity. Researchers out of Northwestern University, and publishing in The England Journal of Medicine, report that a drug already in use at a lower dose for diabetes treatment- called semaglutide- demonstrated a significant weight loss effect when used in a clinical trial of obese participants. Using a subcutaneous once-a-week injection (comparable to an insulin injection), the drug proved twice as effective as current weight loss drugs on the market by suppressing appetite centers in the brain and thus reducing hunger and calorie intake. In fact, 70% of study participants lost at least 10% of their baseline weight and ⅓ of the participants lost at least 20% of their baseline, a result comparable to the achievements of bariatric surgery. Intended for long-term use, this drug, along with behavioral guidance and exercise strategies, could become a real game-changer when it comes to reducing obesity levels among adults worldwide. So rethink your dinner plans, and read more here.