Women Of A Certain Age: Health Concerns For Older Women 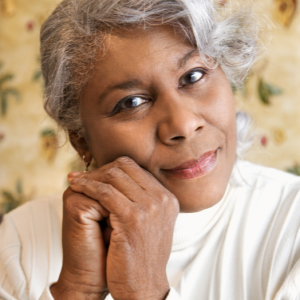 Women Of A Certain Age: Health Concerns For Older Women

Among the many differences between men and women are the ways that they experience the aging process. We’ve previously touched on several ways that men and women are different, including the length of their life spans, the physical and cognitive challenges they face, and their experiences as caregivers for aging loved ones. Women tend to live longer and do better (healthwise) than men, though the explanations for that are still largely unknown. While both men and women face cardiovascular disease and dementia as formidable threats, experts agree that “Women tend to die of the same basic things that men do, but they die at later ages.” Scientists are still trying to tease out what combination of genetics, hormones, biology, and environmental factors cause such differences in the way women age as opposed to men.

Recently, however, there have been several research studies pointing to health concerns with special relevance to women as they age, both for their physical and cognitive well-being. For example, because they live longer, women tend to experience cognitive impairment and dementia more than men. The good news, however, as recently reported in the Journal of Alzheimer’s Disease, is that the incidence of cognitive impairment seems to have dropped generally among adults 65 and older in the US but among women, that drop has been steeper, with reports of a decline of 23% among women, as opposed to 13% among men. It’s hypothesized that educational attainment, and the benefits that accompany higher education, may have something to do with these declines in impairment. To find out more, read here.

However, other studies suggest potential harm to women’s cognition as they age, in ways that may be different than men. For example, a recent study examining the risk to brain health in older women (ages 74-92) looked at the impact of air pollution on cognitive functioning. Over 2000 older women were involved with this study for a decade, and their exposure to air pollutants was calculated based on their geographic location. While it was not surprising to find that exposure to such chemical pollutants as nitrogen dioxide and fine particulate matter (commonly found in traffic exhaust) could age the brain, what was new in this study was the discovery that lowering the exposure to these pollutants could, in turn, decrease the risk of dementia for the participants. Women were the focus of this study, given their higher rates of dementia, though it’s hypothesized that men might also have better brain health from reductions in air pollution exposure. To find out more, close your windows and read here.

It also appears, from a recent study published in JAMA Network Open, that there may be many mid-life clues to the physical and cognitive challenges women face as they grow older. In fact, experts state that “Examining a woman’s health in midlife can predict her health decades later.” Given that women live longer, getting these clues to future health during a woman’s 50s or 60s may allow for valuable risk assessments and clinical interventions to prevent future declines. The study found that for women with higher Body Mass Index (BMI), depressive symptoms, or who have arthritis or smoke- all of these factors are associated with clinically important physical declines 10 years into the future. And one additional study of cardiovascular health of midlife adults demonstrated that women were at greater risk for declines in memory and thinking skills than men if certain cardiovascular risks were present in their 50s and 60s. What this study suggests is that especially for women, controlling such risk factors as high blood pressure, diabetes, obesity, and high cholesterol is critical to lessening the risk of cognitive impairment in later years. To find out more, pull out your blood pressure cuff and click here.