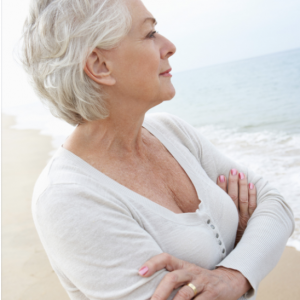 These have been hard times for everyone. But women, in particular, seem to be in many ways disproportionately affected by the COVID crisis. In essence, the burdens imposed by the pandemic have been significantly borne by women when it comes to caregiving, childcare, work exposure to COVID, domestic violence, and even economic losses caused by disproportionate job losses. And while more men may have died due to COVID than women, older women seem to be at the biggest risk for suffering the long-term effects of coronavirus infection. What’s more is that we now have evidence that social isolation, an unfortunate byproduct of COVID, seems to put women at greater risk of high blood pressure than men. According to a new study in the Journal of Hypertension, older women who lack social ties risk the same level of high blood pressure as though they had high-salt diets, were overweight, or ingested non-steroidal anti-inflammatories. In essence, a lack of social connection is a specific risk factor for heart disease or stroke in older women, as opposed to men in similarly socially-isolated situations. So schedule some Zoom calls and read more here. And for more general resources on an array of health concerns that confront older women, click here.

Another recent study underscored the health penalties older women may pay for having undertaken more traditional female roles when they were younger. In a new study just out in the journal Neurology, researchers from UCLA found that women who did not have paid employment outside of the home earlier in their lives were 50% more likely to suffer memory decline as older women. In essence, those women who stopped working for pay outside the home once their children were born seem to suffer the consequence of more memory decline, perhaps due to less social engagement, cognitive stimulation, or financial security. The data is not clear regarding a causal effect and the decline seems to speed up once women are over age 60. So while more research is needed to clarify this outcome, it certainly suggests a steep penalty for the brain health of many women. To find out more, pull out your pay stub and read here.