What Age Do You Feel? The Disconnect Between Your Age And Your Perception Of Yourself 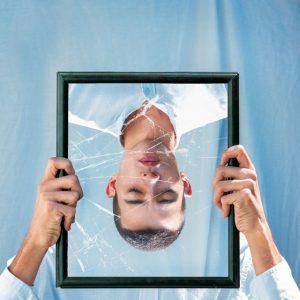 What Age Do You Feel? The Disconnect Between Your Age And Your Perception Of Yourself

When you look in that morning mirror, what do you see? More importantly, does the image you see match what you feel inside? For many of us, especially as we get older, our “inner self” seems disconnected from our physical appearance or the impression that others have of us. Are you experiencing this phenomenon?

In a recent article in The Conversation, Dr. L.F. Carver, of Queen’s University in Ontario, talked about what she calls, “the age inside– a type of self-reported, subjective age that is unconstrained by years lived or physical health.” In recently published research, Dr. Carver determined that even in people dealing with multiple illnesses, their “age inside” was at least 20 years younger than their chronological age. Only 8% of her participants felt that they were the actual age reflected in their birthdate. In essence, people tend to feel younger than they are. The takeaway from her research? Dr. Carver sees opportunity for more intergenerational exchange and for programming that supports older people who want to continue on with active lives rather than limit themselves because of societal expectations.

As well, in a just-published piece in Kaiser Health News, writer Bruce Horovitz describes the disconnect he feels when he sees himself (a physically active 66-year-old) but thinks back to his grandmother when she was 65- wobbly and white-haired. Horovitz notes that many of us pride ourselves on aging “slower” than our cohort- we secretly distance ourselves from our age group so as to avoid negative stereotypes about how we’re supposed to act and behave. In fact, we know from a previous agebuzz post that people who feel younger do in fact seem to have “younger” brains, and tend to live longer and healthier, with less of a pattern of decline.

One final thought, however, about “feeling younger than your age:” Psychiatrist Prudy Gourguechon suggests that many of us, as we reach a certain age, may hit an “identity crisis” similar to that experienced in adolescence. She calls it a “second identity crisis” or “starting older.” While we may not feel old, we don’t necessarily feel “young” either. In a sense, we hit a psychologically disruptive process that means we have to take time to figure out our new identities- which can be both liberating and frightening at the same time. So, while you may be feeling “young” inside, prepare yourself for some of that adolescent angst you thought you’d left behind long ago!