Upbeat: Your Brain Can Actually Improve With Age - agebuzz

Upbeat: Your Brain Can Actually Improve With Age 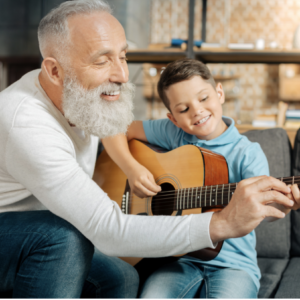 Upbeat: Your Brain Can Actually Improve With Age

Many of us expect the worst: as we get older, we presume that our brainpower will diminish, our cognition will decline and our brains will be vulnerable to the ravages of dementia. That’s certainly the prevailing imagery we see in the mainstream media. But in fact, there’s something not quite right about that. Because it turns out that, in certain key areas of brain functioning, our abilities actually improve with age and may even be amenable to efforts to nurture and enhance those improvements.

In a study published in Nature Human Behavior, researchers from Georgetown University Medical Center demonstrated that there are 2 key areas of brain function that appear to not only weather aging well, but in fact improve with age. Studying over 700 participants between the ages of 58-98, these researchers were able to discern that brain networks involving “orienting” and “executive inhibition” appeared to actually improve as participants got older. These two functions- involving the shifting of brain resources to focus on the task at hand and the inhibition of information that would be distracting from your focus- are attributes that we use throughout our lives and seem to stay strong and even overcome brain deterioration, because of our lifelong practice with these skills. In essence, as you get older, people are often able to better focus on important matters and ignore distractions- and these are functions that are important for memory and decision-making. As one expert made clear, “The brain is kind of re-organizing and working in different ways in older adults. There’s really malleable, vibrant activity happening under the surface.”

Given that the participants in the study appeared to delay the onset of cognitive decline by engaging in activities that focused and stimulated their brains, you may ask what kinds of activities might these be. While some might be as mundane as driving a car, others might include activities we’ve previously mentioned as being “brain beneficial,” such as learning a language, taking up a board game, or playing an instrument. Along those lines, then, you may be interested to learn about a new book, and website, designed to teach older adults Spanish and improve their brain health along the way. Entitled Spanish for Seniors, the website is the brainchild of Dave Clark, who was the Director of the US Institute of Languages for 18 years. Dr. Clark has advocated the learning of a new language as a way to sharpen and improve the memory of older adults and has dedicated his efforts to do just that. For more about his new book Spanish for Seniors: How To Keep Your Brain Sharp in Retirement, chew on some churros and click here.