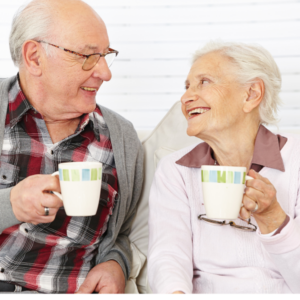 Now that it’s officially Fall and there’s a chill in the air, our thoughts may drift toward warmer beverages (pumpkin latte anyone?). So it’s a good time to catch up on the latest reports and guidance regarding the health effects of coffee and caffeine. It’s a topic we’ve covered frequently in the past, but it appears that just as the number of new coffee shops seems to be ever-expanding, so, too, are studies and recommendations regarding the health effects of one of the most consumed beverages worldwide (62% of us drink it every day). So let’s dig into (and drink up) the new insights.

First comes a new research report published online in European Urology Oncology. According to this study, an association was found between high coffee intake and longer survival in certain subgroups of prostate cancer patients. While the study results aren’t strong enough to recommend that such patients start downing gallons of coffee, there does seem to be an association between a genotype that metabolizes caffeine quickly and longer survival from prostate cancer. So grab your coffee grinder and read more here. Another recent study published in the European Journal of Preventive Cardiology found an association between decaffeinated, ground, and instant coffee consumption (drinking 2-3 cups per day) and “significant reductions” in the occurrence of cardiovascular disease and mortality. As one of the study authors stated, “Caffeine is the most well-known constituent in coffee, but the beverage contains more than 100 biologically active components. It is likely that the non-caffeinated compounds were responsible for the positive relationships observed between coffee drinking, cardiovascular disease and survival.” For more on this study, grab your mug and click here.

There have also been recent in-depth articles about the impact of coffee on the immune system and the association of coffee with diabetes or those at risk of diabetes; there seems no doubt that caffeine impacts your blood sugar levels. For those at risk for Type 2 diabetes, it seems that caffeine may offer some protection while for those who already have diabetes, there is a chance that caffeine will trigger too high blood sugar levels. The wise recommendation is to check with your physician regarding your current caffeine habit to make sure you aren’t putting yourself at risk and are helping yourself as best as possible. Similar guidance appears recommended for those who suffer from migraine headaches. Some people find that caffeine can be beneficial while others find ingesting caffeine will trigger symptoms. There are reasons for both responses and the best you can do is keep note of your pattern and contact your physician to discuss what makes the most sense for you regarding caffeine and coffee intake.

There’s also been a lot of recent attention paid to what you may be putting in your coffee that’s either beneficial or harmful to your health. For example, coffee creamers (such as Coffee Mate), may have seriously harmful ingredients (including sugars, partially hydrogenated oils, and corn syrup, none of which have health benefits and all of which can be harmful in the long term). On the flip side, there’s a trend to put ingredients in your coffee not so much for taste but rather for their health benefits. So, for example, you may be aware of trends to put protein powder, butter, or baking soda in your coffee. None of these have scientific data to back up their benefits and there may even be potential harm from some. So before you pour, check out the possibilities (and risks and benefits) here. And speaking of no solid evidence, if you’re hoping that “green” coffee may bring you benefits comparable to green tea, think again and click here.

Finally, while it’s obvious that drinking coffee can have a significant impact on several aspects of your health, what happens with that coffee before it lands in your stomach, i.e., what’s the impact of coffee on your teeth? You’re likely aware that coffee can potentially stain or discolor your teeth, but do you know how to lessen the likelihood or limit the damage? Suggestions range from swishing water in your mouth after you finish your cup to using a straw for less exposure to your teeth. More generally, for good dental health, there’s a right way and apparently a wrong way to brush your teeth when drinking coffee. So grab your Sonicare and click here.