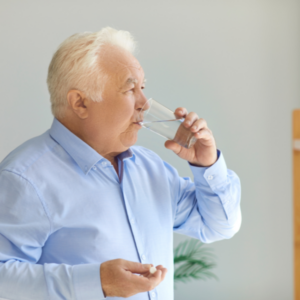 There’s no doubt that prior evidence has been mixed at best. While some assessments come down on the side that, generally speaking, adults do not need to rely on vitamin supplementation for healthy aging, other studies have shown that in certain cases, for certain health problems, some additional supplementation (either with food or perhaps pills) may make sense (take for example B Vitamins). But there’s also no doubt that there is a link between the food you ingest and the health of your brain and cognition. For example, we now know that ultra-processed food can exacerbate your risk of dementia and that a healthy diet (such as the MIND or Mediterranean Diet) has been linked to better brain health. The latest debate centers on the use of a daily multivitamin and whether or not taking such a vitamin can slow cognitive aging.

A new study published in The Journal of Alzheimer’s and Dementia has sparked this debate. Researchers from Wake Forest University, in collaboration with colleagues from Brigham and Women’s Hospital in Boston, enrolled over 2000 older adults (aged 65 and older) in a 3-year study to determine the effects of cocoa extract (which contains flavonoids) versus commercially available multivitamins versus placebo, on cognitive function. The cognitive functioning of the participants was measured on enrollment and then reassessed annually for 3 years, examining episodic memory and executive functioning of the enrollees. The researchers were apparently “shocked” by the results. While the cocoa extract appeared to have no effect on cognition, those taking the daily multivitamin showed a statistically significant (in comparison to the placebo group) benefit in their global cognition, which was most pronounced among enrollees who had a history of cardiovascular disease. While not yet prepared to recommend that older adults begin taking a daily multivitamin, the Alzheimer’s Association remarked that this was the first positive, large-scale, long-term study to show multivitamin supplementation may slow cognitive aging in older adults. It’s not known which components of the multivitamin might be responsible for these positive results, and more research needs to be done with a larger study to both confirm the results and study the impact on a more diverse group of enrollees. Nonetheless, this study does advance the conversation about the connection between nutrition and brain health. To find out more about the study, click here.

One other recent study connecting food and cognition is of note. Published in Life Metabolism, this new study out of China looked at the Temporal Distribution of Energy Intake (TPEI) (considering the patterns of food intake over the course of a day) among enrollees aged 55 and over. Specifically, they tried to find an association between TPEI and cognitive function over the long term. Looking at 10 years of data, the researchers found that those who had “unbalanced” TPEIs, especially those who skipped breakfast, had significantly lower cognitive function scores than those whose TPEIs were “evenly distributed”  over the course of a day. More research needs to be done in this area, but it may be one more reason why it’s important not to skip breakfast. To find out more, crack some eggs and click here.