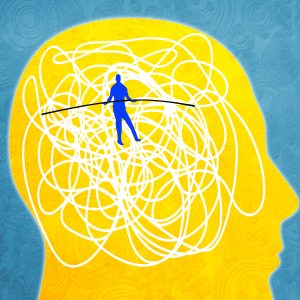 Despite our near-constant focus on the coronavirus, there continue to be studies revealing other important aspects of health and aging, most notably regarding Alzheimer’s and other dementias. Perhaps the biggest news in recent weeks has to do with a new study out of Tufts University showing a link between viruses and the development of Alzheimer’s Disease. The gist of the study? Using human-like brain tissue, researchers were able to show that infection with the Herpes Simplex Virus causes brain tissue to become riddled with amyloid plaque formations, afflicted with neuroinflammation, and less effective at conducting electrical signals- all hallmarks of the presence of Alzheimer’s. This knowledge is considered an important leap in our understanding of the disease and suggests that a herpes infection could set up the brain for Alzheimer’s years before actual symptoms of the disease surface. While it’s not inevitable that Alzheimer’s will result from a herpes infection it does suggest this could be one cause responsible for its development in certain individuals.

And continuing our previous focus on food, more evidence has surfaced connecting nutrient intake with the risk of dementia. Another new study out of Tufts and published in the American Journal of Clinical Nutrition examined the connection between ingesting flavonoid-rich foods and the risk of developing dementia. Flavonoids, known for their anti-inflammatory and anti-carcinogenic properties, are a group of compounds usually found in fruits, vegetables, grains, bark, roots, stems, flowers, tea, and wine. With study subjects 50 and older being followed for 20 years, researchers found that those with a low level of flavonoid intake were 2-4x more likely to develop Alzheimer’s than those with a higher flavonoid intake. So what does this research suggest for the average person? Upping your intake of such food and beverages as berries, green tea, and apples may potentially lessen your risk of dementia as you get older. And a new NIH study underscored the benefit of the Mediterranean diet in lessening the likelihood of cognitive decline and cognitive impairment as you age. So grill yourself some fish, and read more here.

Finally, news described as “game-changing” just emerged about a new blood test in development that will be a quicker, less invasive way than current methods to diagnose Alzheimer’s. While the clinical application of this test is still a few years away, it should allow for a valuable new way to screen for Alzheimer’s, track its progression and confirm the actual diagnosis in patients participating in Alzheimer’s clinical trials. It will also allow clinicians to distinguish patients who truly have Alzheimer’s from other types of dementia, which will be important for discerning the most effective treatment options. For more info, click here.