Cookies And Cognition: More Evidence That Processed Food Can Lead To Cognitive Decline 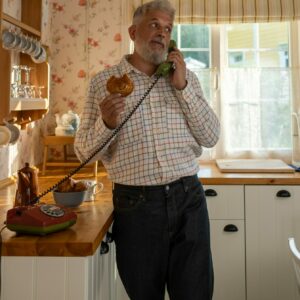 Cookies And Cognition: More Evidence That Processed Food Can Lead To Cognitive Decline

Have you been firing up the grill this summer with the usual summer fare? Burgers and hotdogs, along with the chips, sodas, and ice cream that signal it’s truly a summertime meal? Well, going forward, you may want to make some healthy substitutions, as two new studies report that the more processed your food intake, the greater your risk of cognitive decline and dementia. These join the growing number of studies that link the eating of processed food to poor health outcomes. So throw some veggies on the grill and let’s take a look.

First is a new study published in Neurology looking at data from tens of thousands of participants in the UK Biobank. Followed for 10 years, these participants were broken down into those who ate the least amount of ultra-processed food (9% of their diet) to those who ate the most ultra-processed food (28% of their diet). The study shows that for every 10% increase in your daily diet of ultra-processed food, your risk of dementia increases by 25%. When you substitute that food with a healthier diet, you get a correspondingly lower risk of dementia. For more on this study, put aside the bottle of soda and read here.

In addition, a new study presented at this week’s Alzheimer’s Association International Conference in San Diego followed more than 10,000 middle-aged and older adults in Brazil. The findings of this study revealed that participants who had 20% or more of their daily calories come from ultra-processed food saw a faster decline in cognitive performance over the 6-10 years they were followed than people who had little processed food in their diet. So if you indulge in crackers, cookies, ice cream, soda, or processed meats, you may be on a path toward quicker cognitive decline (and just to put that in context, apparently about 58% of all calories consumed in the US come from ultra-processed foods). As one expert made clear, “The data is incredibly strong that foods that are not part of the Mediterranean diet- foods high in fats and sugar, and now we can add to this list foods that are highly processed- absolutely positively do contribute to one’s risk of cognitive decline and ultimately dementia.” And speaking of the Mediterranean Diet- an additional benefit beyond the preservation of your brain health comes from a new study out of Harvard, which links the Mediterranean diet with a reduction in your risk of frailty. Grab some leafy greens and read more here.

Finally, if you think you can “cheat” your way out of the consequences of your poor dietary habits by committing yourself to a robust exercise regime, think again. According to a new study in the BMJ Sports Medicine journal, exercise alone won’t make up for the harms caused by poor diet and the mortality risks that follow. Similarly, if you hope that eating well will balance out your lack of exercise, this, too, is a fallacy if your goal is a healthy and long life. So put aside your sugary soda, lace up your sneakers, and check out this new study here.