Never Too Late To Learn: The Essential Value Of Staying Curious - agebuzz

Never Too Late To Learn: The Essential Value Of Staying Curious 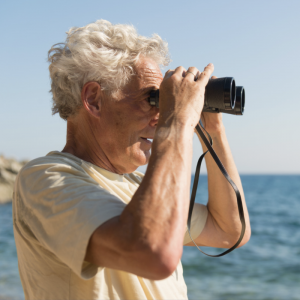 Never Too Late To Learn: The Essential Value Of Staying Curious

British author and educational advisor Ken Robinson once said, “Curiosity is the engine of achievement.” As a living example of that maxim, meet Ken Dychtwald, the Founder and CEO of Agewave, an internationally renowned consulting and research firm focused on the impact of an aging population on markets, the workplace, and society. Now 71, Dychtwald has had an extremely productive and successful professional life, traveling the world, consulting with international thought leaders, and producing 18 books, including his newest, Radical Curiosity: One Man’s Search for Cosmic Magic and a Purposeful Life. With a career of over 4 decades, and now one of the “elders” he so frequently consults about, Dychtwald took the time to write a candid memoir about his personal life, its failures, and successes, along with lessons he’s acquired along the way.

Taking his own advice that elders have a critical role to play in society in passing on their wisdom and teaching others to learn from their mistakes, Dychtwald hopes to model a strength that we all have. As he states, “I think there’s a value for all of us over the age of 50 to take some time to gather our stories.” Dychtwald’s memoir is a very personal book -as though he wrote it for his children, which, in fact, he did (similar to what agebuzz blogger Dave Donelson said about the writing of his book, Fathers: A Memoir). Dychtwald’s mantra in life? “Breathe, Learn, Teach, Repeat,” something he’s lived with his entire life and something he continues to believe is critical as we reach our later years. More than anything, Dychtwald wants his life and his story to demonstrate the importance of always staying curious. As he makes clear, “Vitality and open-mindedness come from curiosity. Radical curiosity comes from being inquisitive. It comes from continually wanting to learn,” something he believes is not only possible but essential as we age. For an in-depth and fascinating interview with Dychtwald about his new book, watch here.

Writer Helen Dennis recently spoke to Dychtwald about this drive to stay curious, which he described to her as the “magical elixir for activity that can energize millions of older adults who are on automatic pilot.” Dennis goes on to cite other aging experts about the importance of staying curious in your later years. From Daniel Levitin’s book Successful Aging, Dennis notes that being curious correlates with good health and longevity and can dramatically increase your quality of life. She also quotes from the late aging expert Gene Cohen, author of The Mature Mind: The Positive Power of the Aging Brain: “As long as curiosity is not shut down prematurely…it can flourish throughout life and be a (source) of energy, vitality and satisfaction.” Experts agree: Keeping your sense of curiosity alive and well-nourished into your later years is critically important for your health and vitality, and is something to pass on to younger generations.

If you need a little more support and motivation to keep your mind curious and ever-learning, take a look at the recently published book, Beginners: The Joy and Transformative Power of Lifelong Learning by author Tom Vanderbilt. The critical theory of this book is that you should allow yourself to stay curious and permit yourself to become “an adult beginner.” That is, give yourself the freedom and liberty to try new things later in life, even if some might label you a “dilettante.” Vanderbilt argues there’s no shame in that, and the pleasure of learning new skills well past the time we typically associate with “learning” can bring you immense joy and satisfaction. Vanderbilt describes his personal journey to learn 5 new skills as an adult, including singing, surfing, and juggling. So while you may not be hitting a surfboard anytime soon, you can learn the important lesson that curiosity and learning have no age limits. So go for it.