How Long A Life? New Updates About Life Expectancy 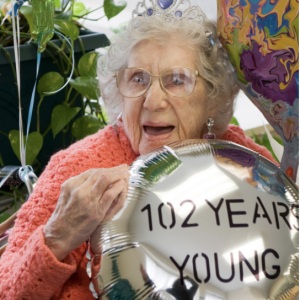 How Long A Life? New Updates About Life Expectancy

We recently reported that life expectancy appears to be biologically fixed even if recent advances suggest that many live longer. However, it is important to realize that conditions over the last year and a half have somewhat changed the situation. Due to the coronavirus pandemic’s impact, life expectancy in the United States decreased by nearly 2 years, according to the latest data published in the British Medical Journal. In 2018, the average life expectancy in the US was about 79 years. In 2020, that number had dropped to about 77 years, which is reported to be the biggest drop in life expectancy since World War II. For members of African American and Hispanic communities, the drop was even greater during this time. While COVID was a significant reason for the drop in life expectancy, other causes- such as lack of access to health care, lack of health maintenance for chronic conditions, and behavioral health crises such as increased drug and alcohol use- are also thought to have contributed to this distressing trend.

However, news out of the University of Washington University seems to suggest a hint of a more optimistic trend in the 21st century, at least among a very healthy and robust (and select) population. While records show the longest a human has lived was 122 years (Jeanne Calment of France), new research out of the University of Washington suggests that in the coming decades a life span of 125 or even 130 years is not out of the question for some people. One further interesting distinction to be made when it comes to life expectancy is that there are ongoing differences between men and women. It is thought that overall, women tend to outlive men by 4-5 years, due to both biological reasons (estrogen versus testosterone) and genetic reasons, as well as healthier lifestyles (for example, less drinking and less smoking). This wide gap between the life expectancy of men and women only started at the beginning of the 20th century but is expected to continue. For more insights, click here.

And as each of us approaches the latter years of our life, especially as we become frailer, there is always the question about how much longer can we expect to live? Well, researchers in Canada (the same ones who developed a dementia risk calculator we recently described) have now come up with a “Life Expectancy” calculator, using AI technology to discern likely outcomes given a patient’s underlying illnesses, ability to carry out activities of daily living and other factors developed data mined from a previous cohort of more than 400,000 elderly adults. This tool, called the RESPECT calculator (Risk Evaluation for Support: Predictions for Elder-Life in the Community Tool), was developed to allow patients and families to make decisions about care and planning once they learn the end of life is approaching. It’s not necessarily a definitive diagnosis for a particular person but it should allow those who want to know (would you want to know?) when the end is drawing near. For more info about this life expectancy tool, take out your advance directives and click here. And if you want to learn your own fate, click here.