High Five: The Definitive Food Balance For Your Daily Diet 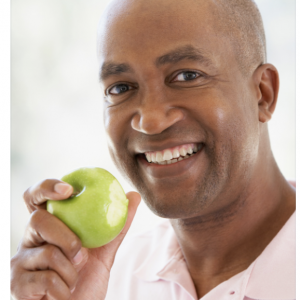 High Five: The Definitive Food Balance For Your Daily Diet

Figuring out what to eat these days can be complicated. But some food advice is quite clear. For instance, there’s strong evidence that “5-a-day,” that is, 5 servings of fruits and vegetables a day, is both essential for healthy aging and now, with new research in the journal Circulation, associated with a lower risk of death in both men and women. According to this newly released study from Harvard Medical School, researchers who examined the food consumption of over 2 million adults determined that the optimal combination of fruits and vegetables to extend your lifespan is 2 fruits/day and 3 vegetables/day. Unfortunately, only 1 out of 10 adults consume this quantity of fruits and veggies on a daily basis (and no, potatoes and fruit juices don’t count). To get there, the American Heart Association recommends that ½ your plate be filled with fruits and veggies at every meal. So load up on the spinach and citrus and find out more here.

Then there’s the question as to whether you should go all out and buy organic or become vegetarian? When it comes to organic, there may be plenty of reasons to go in that direction, but nutritional value is not one of them. According to nutritionists at Tufts University, while organic produce is not grown with synthetic pesticides or fertilizers, and does not use genetically modified seeds, it does use some pesticides and has not been proven to be more nutritious than conventionally grown produce. In fact, some argue that we’re being sold a bill of goods (and at higher prices) when we buy organic foods, and the reigning advice appears to be even if you prefer organic, it’s better to eat conventional produce than no produce at all.

And what about going vegetarian? A recent study out of the UK found widespread support for eliminating meat from diets but a challenging environment in which to make the commitment, due to cost, convenience, and even taste. While those surveyed believed a vegetarian diet is healthier, more ethical, and better for the environment, the reality of changing behavior is tougher, even with the more widespread availability of vegetarian options in restaurants and fast-food eateries. There continues to be ongoing research touting the benefits of plant-based, rather than meat-based, diets (think nuts rather than meat). For example, new research published in the Journal of the American Heart Association found that substituting animal protein with plant protein can lower the risk of dementia-related deaths and deaths from heart disease in older women. To find out more, get ready to prep your tofu with cashews and click here.

Finally, if you still need convincing about the benefits of a Mediterranean diet, new research out of Edinburgh and published in Experimental Gerontology found a positive association between improved brain functioning and consumption of a Mediterranean diet, which is largely composed of fruits, vegetables, nuts, whole grains and fish or poultry rather than red meat. Examining the cognition and brain scans of 500 participants with an average age of 79, researchers found improved performance of certain brain functions (though no differences on brain scans) among those who consumed a Mediterranean diet. Find out more about this mounting evidence here.