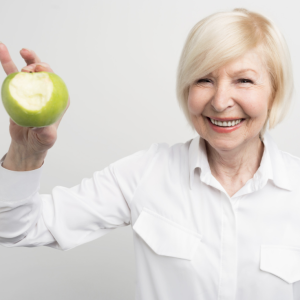 There’s long been evidence of a connection between limiting the number of calories consumed and promoting a healthier and longer life span. While there’s been skepticism that specific diets can be “anti-aging,” there is a body of research involving animals that suggests that cutting calories can improve metabolism, extend the life span and delay the onset of age-associated disease. Now, for the first time, we have research involving human participants that further elucidates this connection and its potential value for promoting healthier aging. This new study was published in Science.

In this first controlled study of calorie restriction in humans, researchers followed about 200 non-obese participants ages 21-50, over a period of two years, with one group eating normally and the other group cutting their calorie intake by an average of 14%. Titled the CALERIE (Comprehensive Assessment of Long Term Effects of Reducing Intake of Energy) Trial, the study showed that in those who reduced their calories, there were changes to the gene activity in the body fat of the thymus organ, which produces T cells (white blood cells) essential to a healthy immune system. Typically as we age the thymus becomes less and less effective, thus subjecting older adults to increased inflammation and reduced immune system functioning. But with calorie restrictions, the thymus was in essence “rejuvenated,” suggesting the potential to improve immune function and reduce chronic inflammation as we age. For more on these remarkable results, read here.

But before you run out and slash your calorie intake, you need to know a lot more. Calorie restriction is not just a matter of indiscriminately cutting back calories. It’s not intended to be a weight loss diet but rather a small reduction of your typical calorie intake over a long period of time. It needs to be done carefully and cautiously so as not to cause malnutrition. Not everybody can tolerate it (it can be downright harmful to some) and if you are reducing calories it means that those you do consume have to come from very nutrient-dense sources. In fact, researchers make clear that this study should not be used to broadly implement calorie reduction among the general population.

What makes this research of interest is that in the process of studying calorie reduction, a specific gene (PLA2G7) was identified that can be targeted to produce the same health-promoting benefits that calorie restriction does. As one expert exclaimed, “We know that chronic low-grade inflammation in humans is a major trigger of many chronic diseases, and therefore has a negative effect on life span. Here we’re asking: What is calorie restriction doing to the immune and metabolic systems and if it is indeed beneficial, how can we harness the endogenous pathways that mimic its effects in humans?” Based on this research, scientists are hoping to go on to develop new methods for improving immune function and reducing inflammation (and thus extending life span), without necessarily needing to reduce calories. Who knows, someday you may be able to live longer, have your cake (and a healthier immune system) and eat it too!