Out From Under: How Do We Solve The Loneliness Epidemic? 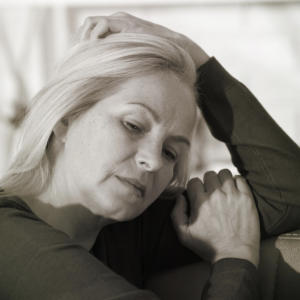 Out From Under: How Do We Solve The Loneliness Epidemic?

With the arrival of spring and an increasing number of Americans vaccinated, you might think that the problems of loneliness and social isolation, so prevalent among older adults during Covid, are no longer a concern. After all, once it’s safe to go out again, doesn’t that symbolize the end of feeling alone and isolated that so many experienced this past year? While some older adults actually thrived on Zoom meet-ups and tech opportunities to stay connected, the majority likely felt estranged and alone through much of the time. But unfortunately, neither a shot in the arm nor a hot sunny day equates with the end of loneliness. Just because we can go out, doesn’t mean we’re ready to go out, and for many, it doesn’t mean there’s anyone to actually go out with and see (or welcome into your home). Loneliness will continue to be a serious problem for older adults, one in need of new solutions, even without the limitations imposed by the pandemic. For a reminder of some of the troubling health effects that can arise due to loneliness, click here.

In fact, there is ongoing research about the negative health effects of both loneliness (a subjective feeling) and social isolation (an objective, quantifiable state of lacking social interactions with others). A recent study presented at an American Heart Association conference, from research out of the University of California at San Diego, reports that for older women, feelings of loneliness and social isolation are associated with a higher risk of cardiovascular disease. When both feelings are present, women over 70 are at a 29% higher risk for heart disease than those who do not experience such feelings. In essence, loneliness and social isolation pose risks comparable to poor diet or sleep disturbance, so that primary care physicians should be monitoring and inquiring about these concerns when examining older women (especially as we know that heart health in women is already underdiagnosed and undertreated). Given data that shows that 43% of Americans over 60 identify as feeling lonely, and nearly 30% of Americans (mostly women) live alone, that’s a significant number of Americans who may be at risk for negative health consequences.

For those now brave enough to venture out and contemplate social interaction again, AARP suggests ways to sharpen your social skills. Recognizing that some may feel anxiety and discomfort at the thought of interacting with large crowds right now, the recommendation is to take it slow, be honest about what’s comfortable and what’s not, and don’t feel the need to suddenly book a full social calendar. Bottom line? As one expert states, “We can’t assume that how we were a year ago is how we’ll be today.”

But we all need to acknowledge that, in essence, loneliness is almost part of our national heritage as Americans: As writer and graphic artist Kristen Radke recently wrote in a New York Times essay, “Problems that I thought isolated Americans most (are): our insistence on individualism, our unrelenting attitudes toward work, (and) our cavernous political divides.” Radke, whose much-heralded book on loneliness will be published in July (Seek You: A Journey Through American Loneliness) suggests that our personal thresholds for what we can endure in terms of loneliness are biologically programmed into us, so that some may be comfortable with long periods of being alone while others crave connection.

One solution could be the movement to look to non-human, robotic companions as a way to provide comfort and companionship. With a growing aging population, a declining younger population, and a shortage of paid caregivers, it may be inevitable that we can’t solve our loneliness epidemic through human companionship alone. Blogger and physician David Solie (of the blog Aging Parents Insights) recently described his experience, along with MIT’s Personal Robots Group, of working on the development of “social robots” that have enough “emotional wellness capacity” to interact with and engage, older adults in meaningful companionship. And in her New Yorker magazine essay this week, writer Katie Englehart details her experiences interviewing isolated and lonely seniors who have received both commercially available and beta-tested robot pets who seem to provide enormous comfort and support to thousands of older adults living alone. Some received these robots as part of state-wide efforts to address senior loneliness, especially during the pandemic. As technology becomes more sophisticated and the “thought processes” of the robots become more advanced, the interactions between humans and robots are beginning to be more spontaneous, deeply felt, and as trusting as a human-to-human relationship. Yet ethical quandaries arise as we consider whether such solutions will mean real human companionship will be a luxury unavailable and unaffordable for most senior citizens. It’s a quandary for sure- but one that we will need to confront as more older adults are alone and fewer younger humans are available to provide that companionship.