Coffee Break: How Much You Drink (And In What Form) Can Affect Your Health 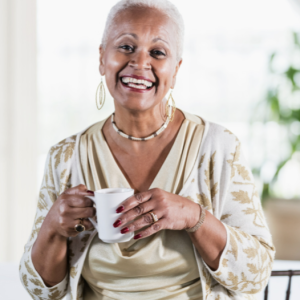 Coffee Break: How Much You Drink (And In What Form) Can Affect Your Health

For some, it’s a routine that’s been set from your earliest days of adulthood: Nothing happens (and you’re not even really “yourself”) until you’ve had your first cup of coffee in the morning. In fact, some may go as far as comedian and former talk show host David Letterman, who once said, “If it wasn’t for coffee, I’d have no discernible personality at all.” In previous agebuzz posts, we’ve highlighted the mounting evidence of the health benefits of coffee (and tea), while recognizing some cautionary notes about the effects of too much caffeine in your system. There’s also evidence that mixing caffeinated coffee with certain medications is medically inadvisable.

Few of us probably consciously drink coffee for its “health” benefits, but it is interesting that there appear to be so many studies examining its value. Given that over ½ of our population drinks coffee daily (with the average drinker downing 3 cups/day) it’s important to understand how experts evaluate this consumption. While many of the studies are observational rather than experimental (meaning they cannot make a definitive conclusion about cause and effect), the trends all point in the direction of benefits for your physical and cognitive health from coffee consumption. It’s thought that this benefit is derived as much from the antioxidants in coffee as from the caffeine. In fact, there are some studies that show the benefits of coffee are present regardless of whether you’re drinking “fully caffeinated” or decaffeinated.

So what are some of the latest studies addressing the health benefits of coffee? In what has been described as “the largest study to date on the effect of coffee on cardiovascular health,” new research, published in the European Journal of Preventive Cardiology, looked at the effect of regular coffee intake on the structure and function of the heart. Those drinking 1-3 cups per day of either caffeinated or decaf coffee were 17% less likely to die of heart disease and 21% less likely to die of stroke than those who did not drink coffee. It should be noted these same results were not achieved among drinkers of instant coffee. And those who drank more than 3 cups a day were linked to poorer health outcomes and an increase in all-cause and cardiac mortality. So it’s a bit of a Goldilocks situation- you need to drink enough but not too much- and not instant- in order to get the best result. Another recent study out of Edith Cowan University in Australia followed more than 200 Australian adults aged 60+ over a decade and found an association between markers for Alzheimer’s and coffee consumption. “Drinking more coffee gave positive results in relation to certain domains of cognitive function, specifically executive function…and was also linked to slowing the accumulation of amyloid protein in the brain.” Suggesting that “coffee could be an easy way to help delay the onset of dementia,” these researchers also looked at moderate coffee consumption (perhaps upping your intake from 1 to 2 cups per day). For more on this study, grind some beans and click here.

Of course, the data also suggest that how you drink your coffee has important health implications. Those of you who prefer coffee black (which, by the way, is likely determined by your genetics) experience more positive benefits from coffee than those who load up their coffee with lots of cream and/or sugar. As we’ve previously said, those who prefer instant coffee likely lose out on important cardiac benefits in contrast to those whose coffee comes from brewed ground beans. There’s also recent research suggesting that the kind of coffee you consume (Its origins and how it’s prepared) may also make a difference. Coffee from the Greek region of Ikaria, where the coffee preparation involves boiling rather than brewing, is said to have more antioxidant value than conventionally brewed coffee. To find out how to make your own Ikarian coffee, take a look at the Blue Zone recipe here.