Boiling Over: Anger In Your Later Years 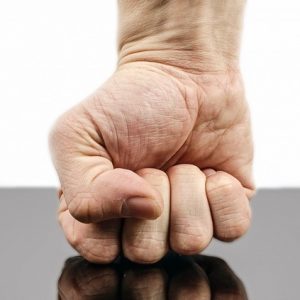 Boiling Over: Anger In Your Later Years

While it’s generally believed that as a whole, people get happier as they get older, there’s no doubt that for some of us, there’s reason to be sad or even angry as we head into our later years. Spouses or old friends may be gone, our physical or cognitive abilities may decline and perhaps life has just not turned out the way we had hoped. So, the question becomes, what’s the impact of anger? For a general overview of this primitive emotion and its consequences over the course of a  lifetime, calm down and read here.

According to a new study in Psychology and Aging, it turns out that high levels of anger can take a real toll on older individuals. As we age, it seems that anger (though not sadness) is associated with inflammation in those over 80, which may then exacerbate such chronic illnesses as heart disease, cancer or arthritis. This connection with inflammation was not, however, found in those experiencing sadness, which may be an emotion that helps us adapt to life’s vicissitudes. While the links between emotions and physical health are undeniable, what’s less clear is whether poor health can lead to anger or whether anger may be one cause of poor health. Find out more by clicking here.

Suppressing feelings of anger, however, may not do you any good either. There are benefits to “owning” your negative emotions and directly dealing with them. In fact, according to geriatrician Mark Williams, writing in Psychology Today, “Suppressed or unexpressed anger is a great accelerator of aging.”  He suggests that expressing anger and re-channeling the energy it arouses is a solid method for dealing with your rage. And of course, some older individuals become hostile or display anger in conjunction with dementia or an Alzheimer’s diagnosis. So, as with the rest of life, emotions are complex and ever-present in our later years. You can cry if you want to, or as Mark Twain suggests, “When angry, count to four; when very angry, swear.”