Where Should You Live: The Connection Between Geography And Aging 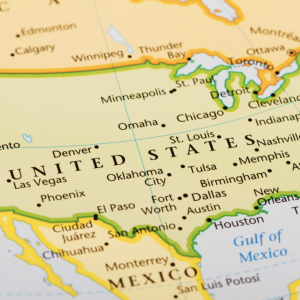 Where Should You Live: The Connection Between Geography And Aging

We’ve said it before but it’s worth repeating: Where you live may have a direct impact on your health and longevity. Evidence continues to mount about the differences in policies, protocols, and environment as you go from one state to another and it quickly becomes apparent that your choice of residence can literally have life and death consequences for you. As Judith Graham noted in her Kaiser Health News Piece The Startling Inequality Gap That Emerges After Age 65, “Seniors in urban areas and on the coasts are surviving longer than their counterparts in rural areas and the nation’s interior.” Graham notes that many factors come into play for this to happen, including geographic differences in efforts to reduce smoking and cardiovascular disease as well as the regional culture which may perpetuate and support different habits and behaviors.

However, a new study published in The Milbank Quarterly suggests another factor that differentiates one state from another, at least when it comes to longevity: The politics, and therefore policies, of a specific state can have a significant impact on life expectancy. Recognizing that Americans tend to have shorter lives than residents of other high-income countries, this new analysis found that Connecticut has the highest life expectancy of all 50 states with Oklahoma having the lowest. The study authors note that health initiatives, as well as other types of policies, can be used as levers to improve life expectancy and that more liberal “blue” states tend to do a better job of promoting longevity through policies than the more conservative “red” states. To find out more, put down your political placards and read here.

And the geographic differences go beyond longevity. For example, the use of hospice care and end of life services varies significantly from one region to another. As reported in a research letter in JAMA, although most people wish to spend their final days at home among family, where you actually die may have as much to do with your location as it does with your final wishes. With reports that in some parts of Colorado only 14% of deaths occur in hospitals while in New York City more than ⅓ of patients spend their final days in hospitals, this tells you that geography may impact destiny. To find out more, click here.

And certainly, your locale can have a tremendous impact on the quality of life in your later years, depending on such factors as weather, housing, medical costs, taxes, and access to cultural attractions. For some suggested locations for moving pre-retirement, as well as recommended post-retirement locations, bring up Google maps on your laptop and click here and here.