Solely And Lonely: The Impact Of Loneliness On Your Health And Well-Being 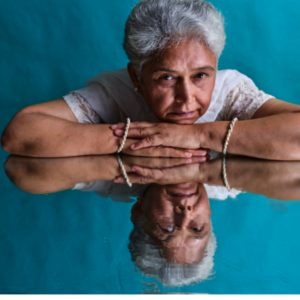 Solely And Lonely: The Impact Of Loneliness On Your Health And Well-Being

We spend a lot of time and attention focusing on aspects of physical health and how eating a healthy diet, getting sufficient sleep, or keeping your body moving are essential for aging in a healthier way. What may not get enough attention, however, are the psychological factors that can also dramatically affect how long we live and how well we age. While we’ve previously written about loneliness (which is described by many as a public health epidemic at this point), there continue to be studies demonstrating that unhappiness, loneliness, and other psychological factors can both speed up your biological aging and can elevate your risk of such afflictions as diabetes and memory loss.

First with regard to your biological “clock.” A new international study published in the journal Aging reports that feelings such as loneliness and unhappiness are more harmful to your biological aging than even smoking. In fact, it was found that these feelings can add over 1 ½ years to your biological age. From this study, it appears that mental health factors such as loneliness can impact aging as much as any physical health concerns. In fact, as one expert makes clear, “Quite frequently, mental health therapies are thought to only make you “feel good,” but according to this study, they can tangibly extend your life.” For more on this research, read here. Furthermore, as Dr. Linda Fried of Columbia University recently explained, loneliness (which she describes as a subjective feeling of pain due to unmet needs for meaningful connections with others) can be particularly acute in older women, as they live longer than men, face a higher risk of poverty and are susceptible to a shrinking social network. Women over 80 are at particularly high risk of feeling lonely, and thus at risk for the negative health effects that accompany loneliness.

Additional research has found an association between feelings of loneliness and a heightened risk of developing Type 2 diabetes. A study published in the journal Diabetologia found a significant association between feelings of loneliness and increased risk of Type 2 diabetes, following participants in the study over a 20-year period. Whether this is due to unhealthy behaviors or perhaps increased levels of stress hormone that could bring on insulin resistance is not clear- but what is clear is that higher levels of loneliness at the beginning of the study were strongly associated with a higher risk of Type 2 diabetes 20 years later. For more on this study, click here. And with regard to a heightened risk of memory loss due to loneliness, a recent study published in Alzheimer’s & Dementia (the Journal of the Alzheimer’s Association) reports that feeling lonely for extended periods of time is associated with more rapid memory decline in those who are over age 65. In this study, women over 65 who reported extended feelings of loneliness experienced stronger and faster memory declines than men, but the study also suggests that it’s never too late to combat feelings of loneliness with the goal of helping to maintain and improve memory function. So reach out to some friends and read here.

It may be easy to recommend ideas to lessen feelings of loneliness, but harder to get lonely people to reach out to others or volunteer as a way of creating connections. There’s a new company out there called “Happy Talks,” that offers 30-minute weekly phone calls, (or however many you want) to create connections and lessen the lonely distress of older relatives in your life. Ultimately, there’s no one correct way to solve loneliness, nor is it likely to be a quick fix. For those who feel lonely, perhaps the only solace is this: you are not “alone,” as there are so many among us in this day and age who feel the same as you.