Remember And Regret: What Can We Learn From Reviewing Our Regrets? 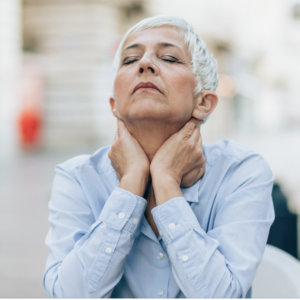 Remember And Regret: What Can We Learn From Reviewing Our Regrets?

The late, great comic Lucille Ball once said, “I’d rather regret the things I’ve done than regret the things I haven’t done.” In fact, according to Daniel Pink, New York Times best-selling author of the new book, The Power of Regret: How Looking Backward Moves Us Forward, the feeling of being regretful for inaction (rather than action) is the most powerful regret people all over the world have, and it gets stronger as we age. Pink’s new book on regrets centers on the idea that living without regrets is a faulty premise- if you’re human, you have regrets. Instead, he believes that by reviewing the regrets we have, we can live better going forward and extract valuable life lessons. In fact, he encourages everyone to put together a “failure” resume- by putting your missteps and regrets in writing you can learn the lessons you need to guide you in the future.

Specifically, his research has led him to many insights and conclusions about the role of regrets in life. Bottom line? By looking backward, we can better move forward. So, Pink wants you to understand the following concepts: Regret is a universal feeling, an integral part of life. In his research and survey work, 99% of Americans admitted they do at least occasionally experience regret. Dealing with regret can allow us to sharpen our decision-making and strengthen our connections and sense of meaning. Furthermore, regrets stem from some deep-seated emotions: We are regretful because we haven’t set a good foundation for our life (perhaps we didn’t create a stable lifestyle or save money for retirement), or we regret not being bold when we had the chance (maybe we didn’t take a leap on a new career), or we regret acting in a way that feels immoral (perhaps we were unkind or unfaithful) and finally, we regret connections that were not made or were lost. This universal list of regrets elucidates what we value in life: connection, goodness, growth, and stability. To understand better how Pink suggests your life can benefit by reviewing your regrets, watch here.

As we grow older, bearing the burden of regrets can become a heavy load. Recent research from the University of Bath looked at the incidence of loneliness and regret among those aging and found that “growing old and approaching the end of life create unique sets of circumstances such as loss, physical deterioration, and biographical pain and regret that can give rise to a unique sense of disconnection from the world.” Especially as life draws to a close, it’s common to acknowledge and own the regrets you’ve accumulated throughout your life. For example, a recent video that’s gone “viral” shines a light on a hospice nurse who shares the regrets her patients repeatedly voice: Not appreciating their health when they had it, not appreciating the little things in life, working too much at the expense of other things and not appreciating and spending sufficient time with family. Her advice based on the regrets she’s been privy to? Live in the moment and present, be grateful, don’t take your health for granted, and spend time with those you love and those who make you feel loved (be they family or otherwise). With this advice, we can all benefit and learn from the regrets of others.