Pet Sounds: Pet Ownership As You Get Older 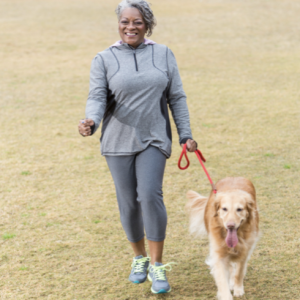 Pet Sounds: Pet Ownership As You Get Older

You either get it or you don’t. If you’re a pet owner, be it a cat, dog, bird, or even reptile, you likely understand the comfort and companionship that comes from owning your pet, not to mention the responsibility and routines to keep your pet healthy and happy. Those who don’t own a pet probably wonder what all the fuss is about- or wonder why someone would accept the daily tasks and chores that keep you regularly tethered to your non-human friend. But the benefits of pet ownership can be enormous for older adults, not just for emotional well-being but for physical and cognitive health as well. In fact, newly published research provides even more evidence of the health benefits of pet ownership for older adults.

First out of Japan comes research that finds that older adults who own a dog (but not a cat) have a much lower risk of developing cognitive or physical disabilities than non-dog owners. This benefit appears to result from the dog-walking aspect of dog ownership, as the benefits were not seen in dog owners who do not walk their dogs regularly. As was noted from this research, “Dog-walking is a moderate-intensity physical activity that appears to have a protective effect in reducing the risk of disability onset.” Another new preliminary study involving researchers from the University of Florida, the University of Michigan, and elsewhere reports that older adults who are long-time pet owners appear to have slower cognitive decline than non-pet owners. While the researchers were unable to prove cause and effect, it does suggest a beneficial cognitive effect from pet ownership. And while they do not recommend that all older adults now go out and get pets, they do suggest that “people who own pets should be supported in keeping them through public policy and community partnerships. An unwanted separation from a pet can be devastating.” Other research is ongoing as well to examine how owning a pet later in life benefits cognitive and brain health and how dog aging can be improved, not only to lengthen the lives of dogs but potentially benefit human longevity as well. Given the health and companionship benefits that come from pet ownership, there are even special organizations that exist to promote pet ownership among older adults (and promote the adoption of older pets for this population).

If you’ve never had a pet but think there’s still time to bring that pleasure (and responsibility) into your life, a few things you need to know. For example, if you’re considering a dog, understand that every dog has different needs and different dogs may or may not be a good fit for your lifestyle and temperament. You also need to consider what will happen to your pet should you have a health crisis or even serious health issue that will leave you unable to temporarily or even permanently care for your pet. You need to consider “estate planning” when it comes to planning for the care of your pet after your death. There are special organizations that specifically try to put in place plans to keep humans and pets together as much as, and as long as possible, while also planning for the needs of the pet should the owner pass away. It’s something that often weighs heavily on the mind of seriously ill pet owners and it’s a problem for pet shelters when the often older dogs of older adults wind up in a shelter because their ailing owners did not make plans. These sorts of animals may then never leave the shelter (or may be euthanized) because of their own aging and ill status. Pets For The Elderly tries precisely to match these sorts of shelter dogs with older adults who would welcome the love and companionship of an older pet.

Finally, speaking of the love and companionship that stem from pet ownership: There’s research to support the health benefits of touching and cuddling a pet as a form of stress reduction and a newly published survey conducted by One Poll that found that most pet owners would rather snuggle and cuddle in bed with their pets than their partners! Apparently, a sleeping animal is less disruptive (no snoring or nighttime trips to the bathroom!) and is a cleaner and quieter bed companion! So you may just want to count a better night’s sleep as another benefit from pet ownership- and who wouldn’t want that?