In The Eye Of The Beholder: How Do You Feel About Your Looks Right Now? - agebuzz

In The Eye Of The Beholder: How Do You Feel About Your Looks Right Now? 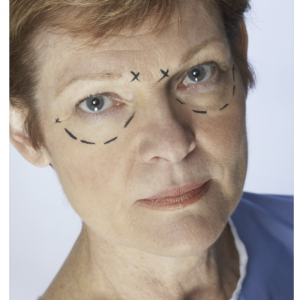 In The Eye Of The Beholder: How Do You Feel About Your Looks Right Now?

It may sound humorous, but to many of us, it’s deadly serious. A recent survey by OnePoll of 1000 US adults found that 40% of Americans don’t recognize themselves in the mirror at this point due to COVID. Moreover, 51% of those surveyed believe the pandemic has negatively affected how they feel about their body. With salon and dermatologist appointments on hold for months if not longer, it’s no surprise that some of us are confused about what we currently look like- and should look like- at this point. In fact, according to writer Amanda Mull in The Atlantic, we are collectively about to go Botox wild as we emerge from our months of quarantine and isolation. Commenting that the beauty industry is poised for a tremendous boom as people become vaccinated, Hull states, “People tend to express and affirm their identity through their appearance; feeling as though you don’t look like you anymore can be stressful and destabilizing.”

But the question of whether you still look like YOU is one that women constantly confront as they get older- and one that pushes many to consider cosmetic procedures. If you’re grappling with the dilemma of whether and how you can retain your more youthful image of days gone by, you may want to consider the new book by Justine Bateman, the actress, screenwriter, and director who’s just published, Face: On Square Foot Of Skin. You may remember Ms. Bateman from her starring role as Mallory in the 1980s sitcom Family Ties. Fixed as a young girl in the mind of many, Bateman, now 55, has resisted the siren call of cosmetic surgery (so prevalent in Hollywood) and published this book as a way to push back against sexism and ageist stereotypes that suggest signs of aging on a woman are unattractive. Using reality-based stories with fictional creative details, her book presents multiple older women reflecting on the critiques and criticisms they’ve faced as they have gotten older. As Bateman says, “When you cut your face, you still aren’t dealing with the issue that caused the desire for plastic surgery. You still have that…Just know, with all the great things that are coming to you in your life, the state of your face doesn’t matter. It doesn’t matter.” Or, as Batemen is quoted from her book, “I hated the idea that half the population was perhaps spending the entire second half of their lives ashamed and apologetic that their faces had aged naturally.”

One beauty industry insider who’s not interested in apologizing for her aging face, yet still interested in looking her best, is Bobbi Brown. Having sold her eponymous cosmetics firm in 2016, she recently re-entered the cosmetics world with her scrappy new cosmetics start-up Jones Road, which is sold exclusively online. With an older woman’s eye toward less-is-more in makeup and the simpler the better, Brown says, “I’m 63 years old and I keep my approach to beauty very simple.” And with products that have multiple uses, the idea of just throwing a couple of items in your bag as you’re ready to go is appealing- especially for women who have more on their minds than how youthful their faces look. And a word to the wise? Part of Brown’s mantra is: “Stop obsessing about your flaws. Focus on what you do like.”

Pave The Way: Adaptive Products That Allow You To Age In Place