How Well Do You Smell? Loss Of Smell May Spell Trouble 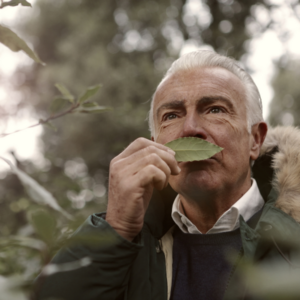 How Well Do You Smell? Loss Of Smell May Spell Trouble

As we’ve highlighted in the past, loss of the sense of smell could be a warning sign that you are facing the onset of dementia or Alzheimer’s. Since that previous post, more recent studies have confirmed this suspicion and provided additional evidence of the connection. In a study published in the Journal of Alzheimer’s Disease, researchers report that participants in the study with lower olfactory function were associated with higher levels of Alzheimer’s pathology in their brains. This provides yet more evidence that loss of smell (known as anosmia) is a key early sign of Alzheimer’s related cognitive impairment. Another study out of the University of Chicago and published in Alzheimer’s & Dementia: The Journal of the Alzheimer’s Association reported similar findings. As the researchers made clear, “Rapid decline in the sense of smell is really an indicator of what’s going to end up structurally occurring in specific regions of the brain.” In fact, researchers went so far as to state that the risk of Alzheimer’s due to loss of smell is similar to the risk of carrying a genetic predisposition for developing Alzheimer’s. That’s how serious the connection is, and how important it thus may be for screening and tracking the loss of smell in older adults. Like tracking vision and hearing, it may be that early detection of loss of smell will allow for early intervention to slow down or stop cognitive decline.

How common is the loss of smell in older adults? According to the Mayo Clinic, some loss of both smell and taste is common as you get older, especially after age 60. There could be a number of reasons for this, beyond having to do with dementia, including nasal or sinus problems, dental problems, medications, or even Covid. There is even something known as “smell retraining therapy” which may help you regain a sense of smell after several months of training.

One additional concern has recently been reported when it comes to loss of smell. According to new research published in The Journal of Gerontology, researchers at Johns Hopkins School of Medicine report that beyond Alzheimer’s, loss of smell may also signal a higher risk of age-related health problems, including frailty. While it’s not clear exactly what the relationship is between loss of smell and frailty, this is one more reason why testing for loss of smell, as a predictor of frailty and potential impending death, may become a common diagnostic test in years to come, as our population continues to age. For more on this study, click here.