Smell Test: The Implications Of Loss Of Smell As You Age 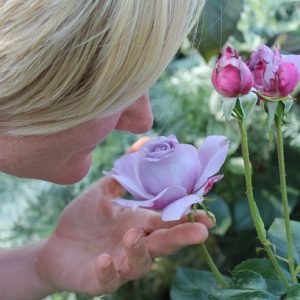 Smell Test: The Implications Of Loss Of Smell As You Age

It’s not uncommon for your sense of smell to diminish as you get older, and there are lots of possible reasons, not all of which are cause for alarm. But we have known for a while that loss of smell could be a warning sign of the onset of Alzheimer’s, and a just-published study in the Annals of Internal Medicine raises some additional concern. In this new study, those who scored low on a smell identification test at the beginning of the study (which followed over 2000 patients with a baseline age of 71-82) had a 50% higher risk of death at the ten-year mark than those with high scores on the initial test. While lack of smell can affect your appetite and safety (inability to detect smoke or leaking gas, for example) and may be a harbinger for dementia, researchers believe this only partially explains why this higher mortality exists in people who have a poor sense of smell.

In addition to the potential health harms caused by lack of smell, there is a group of people who suffer from something quite different: phantosmia, or the experience of phantom odors. While not life-threatening per se, the presence of these “hallucinatory” smells can impair quality of life and are thought to be associated with such factors as dry-mouth or head injuries, and may also be the result of certain medications.

Finally, we also know that our sense of smell can trigger powerful emotions and memories for us, and there is now a burgeoning science of aromatherapy being researched to determine how scent can be used in a positive therapeutic way. To find out more, pull out your lavender and read here.