Early Action: Frailty Can Begin Much Earlier Than You Realize 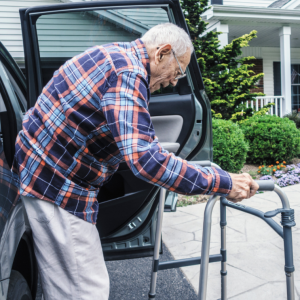 Early Action: Frailty Can Begin Much Earlier Than You Realize

Face it: When you conjure up an image of a frail person, you likely picture an older man or woman, hunched over a walker and moving at a snail’s pace. And while that image may reflect a certain percentage of our senior population (Johns Hopkins estimates that 7-12% of adults over 65 are frail), new provocative research suggests that conditions attributable to frailty may actually start much earlier in middle age, a point at which action can be taken to prevent the situation from getting worse.

In a recent study from Australia published in BMC Geriatrics, researchers followed community-dwelling adults from age 40-75 to discern what “pre-frailty” factors were evident and amenable to intervention, so as to create an opportunity for healthier aging. The goal of such interventions would be to avoid or delay the onset of frailty as people grow older. They found an astonishing 45% of participants ages 40-49 had evidence of pre-frailty, including poor balance, weak legs, diminished foot sensations, and poor nutrition. Another new study out of Duke University also confirms that by mid-life, signs of physical frailty and dementia can be seen in certain people, so that interventions should be started to ward off further physical and cognitive decline.

Frailty in later years can manifest as a devastating set of symptoms across multiple body symptoms, leading you to be less resilient and less able to recover from illness or injury (It should be noted that frailty has been found to double one’s risk of death from COVID in hospitalized COVID patients). Researchers from Johns Hopkins have developed a new theory of frailty that describes it as a distinct physical condition separate and apart from just “growing older.” Characterized by symptoms such as slow walking speed, fatigue or exhaustion, and unintentional weight loss, these researchers believe interventions that target multiple systems at once- such as exercise- prevent, slow down or even reverse frailty. In fact, a study out of Europe found that adults over age 70 who are moderately active more than once per week can maintain or even improve their level of frailty. Bottom line? There are ways to counter and even forestall symptoms of frailty, which will be critical to keeping our growing aging population strong, resilient, and independent.