Good Going: How Is Your Bladder Health? 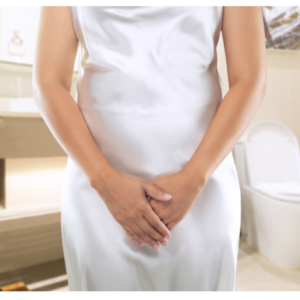 Good Going: How Is Your Bladder Health?

It’s an age-old problem. Or rather, it’s an old-age problem: How do you deal with your increasingly “cranky” bladder, that either demands urgent attention, or that leads to embarrassing “streams” at inconvenient times? We’ve touched on this topic before and it’s likely many have personal familiarity with the issue. But just to make matters clear: It’s estimated that over 30 million Americans (middle-aged and older) deal with urinary incontinence problems, both men and women. Among men, prostate problems are often the culprit. Among women, new research confirms what you likely already know: bladder problems increase with age and estimates are that 38% of women over age 60 suffer from urinary incontinence. Whether due to obesity, multiple childbirths, hormonal changes during menopause, or constipation, it’s a touchy subject to discuss and many often do not raise it with their primary care physicians. Yet with education and intervention, few of us really need to suffer in silence. For some good overviews on the various types of urinary incontinence that exist and their causes, grab the TP and read here and here.

But it’s not just a matter of embarrassment that should lead you to seek help. There are other legitimate health concerns related to urinary incontinence. For example, a recent study by the University of Alberta reports a connection between urinary incontinence and the risk of falling in older adults. According to researchers, older adults who suffer from urinary incontinence are 2 times more likely to fall than those who do not suffer from this condition. Specifically, it’s not that people are quickly running to the bathroom and falling. Rather, the distraction of a full bladder tends to change the way people walk, slowing them down and causing shorter steps. This distraction means more focus on the bladder and less focus on walking well to avoid tripping and falling. For more on this research, click here. Moreover, research out of Finland suggests that there is an association between older men who suffer from moderate to severe urinary tract symptoms (such as incontinence or frequent nighttime urination) and an increased risk of death. It’s not necessarily the urinary problems that put men at risk but rather, these problems are reflective of otherwise poor health status. In fact, the data suggest that the risk of death for men with frequent urinary incontinence was double that of men without this problem. So before mother nature calls during the night, take a look here.

Regarding available help to address this problem, the usual strategy is to first try lifestyle tweaks and interventions and only go to more invasive measures if those fail. The first step is to determine, if possible, what may be the source of your problem: Obesity? Constipation? Excessive alcohol or caffeine intake? All of those can potentially be addressed with dietary and lifestyle changes. There are also pelvic floor exercises and physical therapy strategies to strengthen your muscles “down there.” Newer strategies include electrical stimulation or, specifically for women, topical hormonal creams. Anticholinergic medications are available but are now being viewed somewhat more skeptically, given that these medications have potentially serious side effects, including an increased risk of dementia. Surgery remains an option for more significant and recalcitrant cases.

Some researchers, such as Dr. Janis Miller from the University of Michigan School of Nursing and School of Medicine, believe that the answer, especially for women with urinary incontinence, lies in a better understanding of what triggers your incontinence. With that information, you can then be given simple tools and strategies to counteract your triggers and become more confident in your ability to keep things under control. To read more about her philosophy, click here, and to access her website, called “My Confident Bladder,” finish your glass of water and click here.