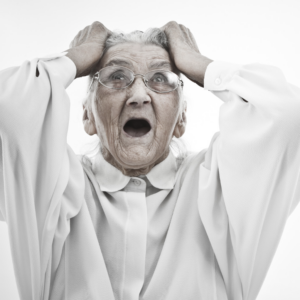 The French philosopher Albert Camus once said,  “We continue to shape our personality all our life.” In fact, science appears to bear that out. While some of us might view our personalities to be set in stone from a young age, in fact, it appears many factors go into shaping our personalities: from siblings to parents to mentors to romantic partners, and even co-workers (not to mention genetics!) In fact, over time and as we age, it’s thought that our levels of calmness, self-confidence, and even social sensitivity increase. Though it’s also possible that some personality traits may decline or deteriorate as we enter our later years, due to health issues, losses we experience, or lack of social connections. For example, it’s often thought that some of us lose our inhibitions and “filter” as we get older, spouting out whatever embarrassing thing comes to mind. Is that due to changing personality as well? In fact, that may be due to shrinkage in our prefrontal cortex in the brain which is where our inhibitory control and social cognition are lodged!

In the realm of psychology, there are 5 personality traits that are considered “The Big Five.” These traits emerge early in life and can have a significant impact on the outcome of our lives. They are agreeableness, openness, extraversion (or extroversion), neuroticism, and conscientiousness. The traits are thought to be associated with certain ways of thinking and behavioral patterns that may lead our health and well being in specific directions, For example, those with a strong sense of conscientiousness have a tendency to be orderly, responsible, rule-following, and hardworking, traits that may lead one to have more success in work and relationships and perhaps commit to healthier habits (and possibly, therefore, longer lives).

Now comes new research that some of these personality traits may also be linked to a lesser or greater risk for Alzheimer’s. Last fall a study was published by the University of Florida College of Medicine, that reported that brain changes in people with strong neurotic traits and low conscientiousness predicted an increased risk of developing Alzheimer’s. Even before clinical signs of dementia were evident, the brains of those with higher neuroticism and lower conscientiousness had more of the amyloid plaques and tau tangles associated with Alzheimer’s. Advances in medical imaging have allowed researchers to examine the brains of those who have not yet succumbed to Alzheimer’s to better understand and identify the neuropathology of such brains. For more on this study, read here. While it’s not clear exactly why these personality traits are associated with Alzheimer’s risk, it could be related to how people with such traits handle stress and emotions and behave in ways that promote healthy lifestyles.

Another more recent study published in The Journal of Personality and Social Psychology also links these personality traits to cognitive impairment later in life. According to the research, those who display high levels of conscientiousness appear less likely to develop mild cognitive impairment whereas those with pronounced neurotic traits appear more prone to it. However, the good news is that “personality is not destiny,” and it is possible that people can exert control over their neurotic traits and alter thoughts and behaviors in a more positive direction. The hypothesis is (as previously suggested), that those with higher levels of conscientiousness are likely to engage in health-promoting behaviors (eating well, exercising) while those with higher levels of neuroticism likely engage in unhealthy coping styles which may lead to higher levels of inflammation or depression. So, while you may not be able to make drastic changes to your personality, having an awareness of how your “unhealthy” personality traits affect your aging brain could help nudge you in a more health-promoting direction. Or, as motivational speaker Brian Tracy once said, “Positive expectations are the mark of the superior personality.”