A Leg To Stand On: Can You Pass This Balance Test? 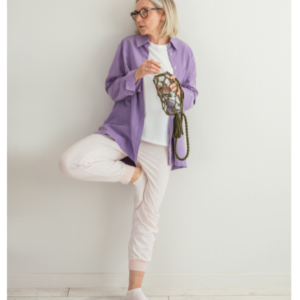 A Leg To Stand On: Can You Pass This Balance Test?

Experts tell us that once we hit our mid-50s, our balance begins to diminish somewhat quickly. While we may joke about becoming wobbly, losing our stability and becoming unsteady are no joke: Falls are the second leading cause of unintentional injury-based deaths worldwide. Each year, it’s estimated that globally over 680,000 individuals die from falls. Yet reports are that balance testing is usually not part of a routine check-up at the doctor. In fact, one expert concluded, “More often than not, it’s the patient that brings (balance) up rather than the doctor asking for it.” So there’s a disconnect between the potential harm that befalls many middle-aged and older adults and professional interest in diagnosing and monitoring the situation. As a result, researchers in Brazil sought to develop an easy-to-use balance test that would provide helpful information and actionable results for patients and providers.

The researchers recently published their findings in the British Journal of Sports Medicine. Called the 10 Second One Leg Stand (10-S OLS), the test requires the simple movement of standing on one leg (without holding on to anything), resting the other free foot on the back of the standing leg, and holding the position for 10 seconds. Roughly 1700 participants, ages 51-75, participated in the study and were allowed 3 attempts to be able to complete the test. The results? Approximately 21% of participants were unable to complete the test and the likelihood of failure increased as the participants got older (those ages 71-75 failed more than 50% of the time). What’s more, researchers followed both those who were able to pass the test and those who were not over the course of the next 10 years. Those who failed the initial test had significantly higher death rates than those who had successfully passed this test. The researchers concluded, “Our study indicates that the inability to complete a 10-S OLS in middle-aged or older participants is related to a higher risk of all-cause mortality and, consequently, to a shorter life expectancy.”

While this was an observational study and did not prove cause and effect (and note, those who died within 10 years following a failed test did not necessarily die from a fall), it does appear that failing this test should set off some important warnings for patients and providers alike. Those who failed the test tended to be less healthy, with a higher percentage having coronary artery disease, hypertension, and obesity. Moreover, given that we regularly need to be able to stand on one leg for moving in and out of a car or going up and down stairs, not being able to accomplish this for even 10 seconds suggests a potential loss of autonomy. So failing this simple test may be a good reason to make important efforts to improve your balance.

First, it’s been noted that if you want to try this test on your own, at home, you should do so near a wall or counter in case you need the support. Next, if you find yourself unsteady, you need to understand the reasons for your balance problems. Your balance may be affected by anything from muscle weakness to peripheral neuropathy to inner ear or even brain issues and therefore it is important to speak to your health care providers to determine the source of your instability.  More generally, if you can’t successfully do the 10-S OSL, this could be the impetus to alter lifestyle habits such as doing more exercise, having a better diet, or more walking. And if you just want to prove to yourself that you can successfully complete this test, it’s not very hard to practice on a daily basis- whether while you’re brushing your teeth or, as one expert suggests, “Balance training is rather simple and easy to incorporate in a patient’s daily routine. Even to stand on one leg, change to the other after 10 seconds, and repeat twice just before opening your front door would be helpful.”  So however you can, this is an easy way to test yourself, seek out help when necessary, and get yourself on better footing (one leg at a time!).