Your Best Shot: Predictions And Recommendations For This Year’s Flu Season 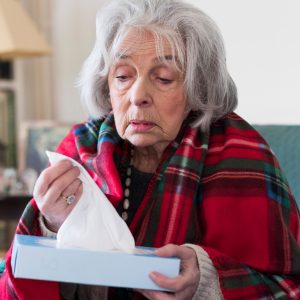 Your Best Shot: Predictions And Recommendations For This Year’s Flu Season

While for many, October summons images of pumpkins and cider, for public health officials it’s the start of an annual cause for concern: The Flu Season. As a reminder, those 65 and older (and particularly 85 and older) are at increased risk for hospitalization due to flu and are even at higher risk of death from flu. If that sounds alarmist to you, take a look at the personal account of 52-year-old Rosalind Schell, who had never previously been sick with the flu but almost died last winter from complications that left her unable to breathe and hospitalized for 25 days. Getting the flu is no joke- so it’s critical you know how to protect yourself and your loved ones.

Of course, the most common and important advice is to get a flu shot- and now is the time to do so. The CDC recommends getting the shot no later than the end of October, recognizing it takes a couple of weeks to become fully effective. The good news is that this year’s flu season is likely to be considered less severe, although the news out of Australia, which just finished its flu season, was not encouraging. Still, there’s reason to feel optimistic if you take the right precautions. At this time, there are a range of vaccines, depending on your age and situation, including a high-dose shot and extra-immune boosting shot for senior citizens. And for those of you who still worry that you may get the flu from the shot, let’s be clear: The flu shot cannot give you the flu. Your body’s immune system may react to the vaccination, but you are not getting the flu.

So roll up your sleeve, stick out your arm, and click here to read a comprehensive guide to protecting yourself for this year’s flu season.