Upended: New Research Changes The Way We Should Think About Metabolism - agebuzz

Upended: New Research Changes The Way We Should Think About Metabolism 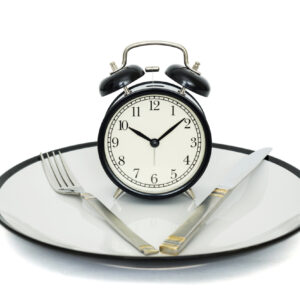 Upended: New Research Changes The Way We Should Think About Metabolism

If you’ve put on weight as you’ve gotten older (and frankly, who hasn’t?) you’ve perhaps chalked it up to a slowing metabolism. After all, as a younger adult, you could eat practically whatever you wanted because your youthful metabolism would burn up those extra calories. But once you hit middle age, you might have assumed that your youthful metabolism slipped away as the pounds began to add up. The only problem with this theory? New research has completely upended it, and as it turns out, metabolism is pretty consistent from your 20s to age 60. In fact, there appears to be little correspondence between middle-age weight gain and metabolism slow-down.

This study, which utilized research methods typically unavailable and unaffordable, also found out some interesting aspects about metabolism that were previously unknown. For example, once you account for size and body weight, it turns out that men and women have similar metabolic rates. The study also seemed to demonstrate that despite claims to the contrary, there’s probably not much an individual can do to change his or her metabolism. As one of the researchers stated, “Our paper provides more support for the view that our metabolism is hard to budge. Our bodies follow a programmed course throughout our lives, and there’s not a lot we can do to change the energy burned per day.”

In essence, this study shows us that we are likely more personally responsible for our weight (and weight gains) than we realize. As was stated in another post on this research, “These results also show that people have a stronger role in shaping their own body size throughout adulthood… Watching what you eat and exercising regularly can have a strong impact on your weight, particularly as you enter middle age and your habits change.” The simple fact of the matter is, if you’re consuming more calories than you’re burning, you will gain weight, and as you reach your later years, as your metabolism begins to decline, you have to adjust your calorie intake accordingly. As researchers from Duke, who participated in the study, make clear, a person in their 90s needs 26% fewer calories each day than someone in midlife.

So what can you do if you want to control your weight as you get older? Research on weight gain of adults shows that on average, US adults gain 1-2 lbs/year from early to middle adulthood (and that’s before your metabolism really begins to slow down at age 60). Experts suggest you take a look at the reasons you’ve put on weight and rather than assuming your weight gain is tied to metabolism, you consider such lifestyle factors as food intake, sleep, stress, and your schedule. And while exercise is great for such healthy aging concerns as heart health, cognitive decline, and strength, the reality is that diet is really the key to controlling or losing weight. For more advice on how to stop that middle-age (and beyond) spread, check out the new book Burn: New Research Blows the Lid Off How We Really Burn Calories, Lose Weight, and Stay Healthy by Herman Pontzer, one of the Duke University professors involved in this groundbreaking metabolism research.