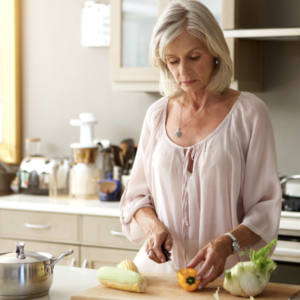 Chances are if you’re an older adult, you’re either taking a Statin medication to lower your cholesterol or you’ve been advised to alter your diet to eliminate foods that may exacerbate the build-up of cholesterol in your bloodstream. It’s almost a right of passage as you enter your later years that you need to watch your cholesterol levels, either through dietary changes or with medication, along with physical activity and quitting smoking. To find out everything you might want to know about cholesterol levels, diagnostic tests, treatments, and more, grab your Lipitor and click here.

Despite advances in medication and our understanding of what can be done to lower cholesterol levels, some people remain at high risk. In an agebuzz post from several years ago, we foreshadowed the moment at which a new injectable medication to lower cholesterol might come to market. Now, in an introduction heralded as being “life-changing,” that drug is about to be introduced to parts of the UK. In a recent post in Medical News Today, it was reported that the drug’s manufacturer, Novartis, has made an arrangement with the UK National Health Service to begin offering the drug to about 300,000 people. It’s expected that the drug- called Inclisiran- will save 30,000 of those people from premature death by preventing heart attacks or strokes. The drug will be given 2x/year by injection and will boost the liver’s ability to reduce levels of “bad” cholesterol (LDL) that can build up in blood vessels. A global trial of the drug conducted by Imperial College London found that Inclisiran can lower cholesterol levels by up to 50%. Those with a history of heart attack and stroke will be among the first to receive the drug but it’s anticipated that this will soon be followed by a wider group of recipients. Find out more by clicking here. No word yet on the availability of this drug in the US.

In a less high-tech but perhaps more accessible method for cholesterol reduction, two recent studies reported the benefits of different types of nuts in reducing LDL cholesterol. First, from the American Heart Association’s journal Circulation comes word that eating ½ cup of walnuts/day among older adults can lower LDL cholesterol and render such cholesterol less dangerous. While not the equivalent of taking a statin, it may be one additional way to alter your diet and improve your cholesterol. Another recent study out of the University of Georgia and published in the Journal of Nutrition reports that pecans can provide significant LDL reduction. With a finding that pecan consumption was better at lowering LDL cholesterol than 51 different exercise plans that are designed to lower cholesterol, you may want to start popping pecans into whatever foods you’re ingesting. To find out more, take out your pie server and click here.

Finally, in case you need more motivation to reduce your cholesterol beyond better heart health: Scientists have known for a while that cholesterol seems to play a role in the increased risk of certain types of cancer. New research published in Nature Communications reveals that cholesterol can fuel a cancer cell’s ability to overcome the stress it faces during the process of metastasizing. In fact, it appears that breast cancer cells use cholesterol to allow them to be impervious as they migrate from the original site of a tumor. So, if you needed any further reason to lower your LDL, heed this warning about the connection between cholesterol and cancer, and find out more here.