Tempest In A Teapot: Myths And Realities About Health Benefits Of Tea 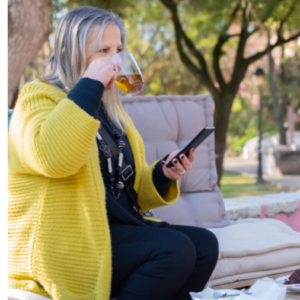 Tempest In A Teapot: Myths And Realities About Health Benefits Of Tea

If you’re a tea drinker, you’re in good company. Tea is the second most popular beverage in the world, bested only by water, and it’s been estimated that for every cup of coffee poured, three cups of tea are consumed. Black tea is the most popular tea in the US and Europe, while green tea is preferred in Asia. Regardless of the type of tea, most non-herbal teas come from the Camellia sinensis plant, though different teas are produced by different methods. Not only consumed as a beverage, tea also plays an important role in the culture of many societies and plays an important role in the economies of many countries.

So those are facts with reliable data that are not in dispute. Nor is there controversy over the understanding that a typical cup of tea contains about ½ the amount of caffeine of a typical cup of coffee (if caffeine is a concern of yours). Less certain, however, are the innumerable health claims made to promote the health and healing qualities of tea. As we’ve previously noted in agebuzz, there are lots of studies touting the health benefits of tea for everything from leaky guts to heart failure. But as we’ve also made clear, many of the studies examining tea are merely observational- that is, while they may find some sort of association between drinking a certain type of tea and finding a certain health consequence, they do not actually prove that tea is the reason for the beneficial health effect. In fact, Bon Appetite magazine recently noted that the “halo of healthiness” that surrounds tea doesn’t really have the solid scientific backing necessary to make many of these claims. However, teas are plant-derived and do contain flavonoids known to be antioxidants, which can fight against cell damage, along with catechins, which appear to fight inflammation. With that proviso in mind, it’s useful to consider some of the more recent claims touting the health benefits of drinking tea.

First is a recent study published in a reputable journal, the Annals of Internal Medicine. According to this research, which examined the health benefits of drinking black caffeinated tea among those in the UK, researchers found that drinking 2 or more cups of tea per day was linked to a 9%-13% lower risk of death over a 14-year period, in comparison to non-tea drinkers. Apparently, adding milk or sugar to your tea did not alter the outcome. Experts caution this is not enough data to recommend changing your tea-drinking habits. Nonetheless, to find out more, put on the kettle and click here. Another recent study presented at the European Association for the Study of Diabetes reports that drinking 4 cups of tea per day is associated with a 17% lower risk of diabetes. Once again, it’s not clear from the study whether the health benefits resulted from tea consumption or whether there were habits of those tea drinkers that reduced the diabetes risk. Nonetheless, given the serious health concerns that can arise with diabetes, it’s certainly worth considering these research results, which await further confirmation from additional studies. Read here to learn more.

Finally, perhaps you’ve been swept up by the trend to consume “Matcha” tea. It’s certainly become a trendy behavior to order matcha drinks or sprinkle matcha powder in your smoothie. Part of traditional Japanese tea ceremonies, it’s now become a common health-promoting ingredient. Like other green teas, it’s likely to have antioxidant compounds that protect cells from damage, though even these sorts of claims do not have solid scientific foundations. It does contain caffeine so consume it with caution. And it’s a great color to sprinkle on otherwise drab-looking foods. But beware, experts reveal that sprinkling the powder on foods likely provides no real health benefits other than making you happy, as you believe you’re taking care of your health. For more on matcha, take out your tea cozy and click here.