Take A Look: Memorable Movies From Your Past And New Movies To Discover 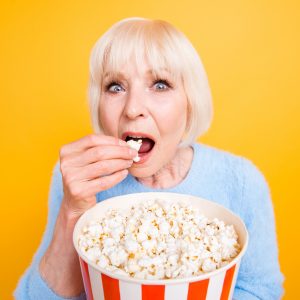 Take A Look: Memorable Movies From Your Past And New Movies To Discover

It’s not just you- literally no one has gone to the movies in many months- and the prospects for returning to a movie theater anytime soon seem remote (that is, if you’re even willing to step inside a theater again). But luckily, we are in the golden age of streaming on cable television and over the internet, and the lists of classics and currents for you to watch is ever-expanding!

Many of us came of age when some of the best movies of all time were developed and produced. For example, a recent article in Insider lists the 12 movies that define the Baby Boomer generation, many of which are considered all-time classics and can be streamed online, like The Graduate, The Godfather, and 2001 Space Odyssey. AARP has put out its own recent list of 11 Classic Movies you may remember, all of which are turning 50 this year! Luckily, their list includes the platforms on which you can now watch these iconic films, including Love Story, Five Easy Pieces, and Mash. If you’re looking for a list that includes new films or films from other countries, then you should check out the recent post from IndieWire that provides the Best Movies New to Every Major Streaming Platform in July 2020. And for movie buffs who can never get enough trivia or conversation about all things movies, listen to the podcast You Must Remember This, which explores details and secrets from movies of the 20th Century.

Finally, for a new entertaining film that’s billed as, “A romantic musical comedy documentary about aging,” check out the film Stella & Co, which features the effervescent 103-year-old Estelle Craig, mother of the film’s director Robin Melanie Leacock and star of this delightful view into the lives of funny and energetic seniors 75-105 years old. The film has been airing on PBS Stations since May and will be showing in many regions throughout July and August (check here to see if your local PBS is included). And if you’re amazed to learn of these centenarians hamming it up in front of the camera, you may also want to check out Estelle Craig’s book, The Diary of a 100 Year Old Amused Senior, which she wrote just a few years ago!