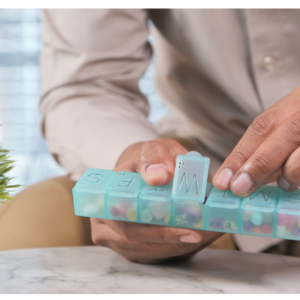 Given the mounting skepticism about the health benefits of so many supplements, it’s probably no surprise that prescription statins are found to be the most effective means of lowering cholesterol. In an important new study examining the use of statins to lower cholesterol versus the health value of 6 common supplements people often use to control their cholesterol (including cinnamon, fish oil, garlic, turmeric, and plant sterols), the conclusions were clear: Statins were demonstrated to be “vastly superior” to these supplements in lowering your “bad cholesterol.” The study was just published in the Journal of the American College of Cardiology.

As a review, there are 2 types of cholesterol: HDL (the “good” cholesterol that protects your heart) and LDL (the “bad” cholesterol that forms fatty deposits that can narrow and stiffen arteries and raise your risk of heart disease and stroke). According to the American Heart Association, rising rates of “bad” cholesterol are happening worldwide, so that in 2020, there were 4.5 million deaths attributable to LDL cholesterol, which is 19% higher than the data from 2010. Statins are considered the most effective way to combat LDL cholesterol and it’s estimated that ¼ of all adults over age 40 have been prescribed such drugs as Lipitor, Crestor, or some generic formulation. The problem is that not everyone prescribed these drugs is compliant, either because they would prefer to combat their cholesterol in a “natural” way, or because they are concerned about possible side effects from taking a statin. Thus the use of “natural” supplements is prevalent among those with high cholesterol. According to analysis from the American Heart Association, Americans spend an estimated $50 billion annually on dietary supplements, many of which are marketed for “heart problems” or “cholesterol management.” Yet there’s virtually no scientific research attesting to these benefits and we now have a new study that makes clear that statins provide superior health benefits over supplements.

In this randomized study of 190 adults with no history of cardiovascular disease, LDL (bad) cholesterol in the group taking a statin was reduced by almost 38% in comparison with a placebo and each of the 6 supplements tested. In contrast, none of the supplements demonstrated any significant decrease in LDL cholesterol. While not everyone with high cholesterol is automatically prescribed a statin, there is no doubt about its effectiveness, as one expert stated, “Statins are the most effective heart attack and stroke prevention drugs that we have ever really seen.” So there’s really no debate- and yet many do resist statins.

Why? There are legitimate side effects that some experience, including muscle pain, headaches, and fatigue, which usually go away with time and will improve once a person comes off a statin. While it appears possible that if you take a statin, you may have temporary brain fog or memory problems as another side effect, there is just no evidence that taking a statin will give you long-term cognitive difficulties or dementia. As one expert made clear, “There’s no evidence that statins cause Alzheimer’s or dementia. In fact, there’s research into whether they might even help prevent it.” What about diabetes? There is some evidence linking statins, especially in higher doses and in older adults with other risk factors, with the development of Type 2 diabetes. One review of the existing literature pegged that risk as a 9% increased risk for Type 2 diabetes. While for most this risk should not outweigh the benefits of using a statin, it’s obviously a conversation worth having with your physician.