Ringing In The New Year: What Are Your New Year’s Resolutions? - agebuzz

Ringing In The New Year: What Are Your New Year’s Resolutions? 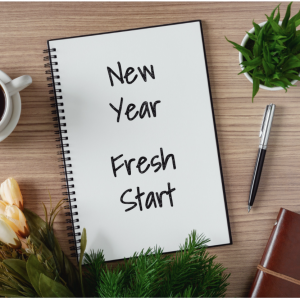 Ringing In The New Year: What Are Your New Year’s Resolutions?

No doubt, when the clock struck midnight on New Year’s Eve, most of us were wishing for a better year in 2021. Couldn’t get much worse, right? With so many tragedies and so much sacrifice during the previous year, it’s likely that many of us resolved to acquire a more positive attitude along with some hopeful resolutions to chart a new course. The question is, given the ongoing pandemic along with other 2020 sources of distress, have you set yourself up for success or failure with the new resolutions you’ve committed to?

Experts advise that the key to success when it comes to a “fresh start” is how high you set the bar and how much flexibility you permit yourself. Resolutions tend to take shape around issues of health, weight, and fitness, though research suggests that ⅔ of those resolutions are abandoned within a month of their making. So is it ever possible to achieve success and stick to your newly set goals? Some psychological tips and tricks include making the goals align with your values rather than feeling imposed upon due to external pressure, delineating specific plans rather than vague promises, and being flexible and realistic rather than overly ambitious (and thus setting yourself up for failure). In fact, with the recommendation of “downsizing” your resolutions this year, New York Times writer Christina Caron suggests you commit to bite-sized goals to help you feel confident, motivated, and successful. However, the warning from Greg Rosalsky of NPR’s Planet Money? If you’re too specific and concrete in your resolutions, you could also be setting yourself up for negative feedback and a demoralizing failure. He also recommends, in alignment with recent research, that you set up your resolutions to embrace something new rather than to avoid or quit something old- you’re more likely to notch a win that way.

But what is the resolution that will give you the greatest pleasure and fewest problems? Well, according to University of Rochester psychology professor Richard Ryan, when you have the opportunity to reflect on your life, you may find that the best path forward is helping others (which will also help you in the process). This fundamental point has also been touted by writer and Harvard Kennedy School Professor Arthur Brooks, who’s crafted a series of columns in The Atlantic under the rubric, How To Build A Life, all with the goal of helping you achieve happiness in your life. Specifically, with regard to new year’s resolutions, Brooks echoes the advice of others with his recommendation that you look to small and manageable goals, which are easy to implement and available to celebrate. Moreover, he argues that what most of us are really trying to achieve with resolutions is some way to becoming happier. His advice on that front? Forgiveness of others and gratitude for what you have are likely the most direct paths to a happier existence. Sounds like well-reasoned advice given the year we just had and the challenges ahead.

Short And Sweet: How To Get And Stay Strong, Moving And Motivated

Step It Up: How You Handle Stairs Reflects The Health Of Your Heart