Our Perception Of Aging Is Old Fashioned: Attitudes Need To Change - agebuzz

Our Perception Of Aging Is Old Fashioned: Attitudes Need To Change 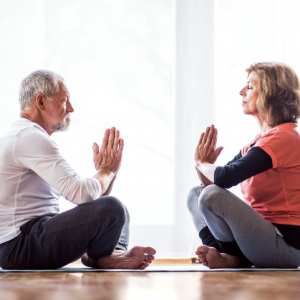 Our Perception Of Aging Is Old Fashioned: Attitudes Need To Change

Congratulations to all of us “older adults:” Today, October 1st, is the International Day of Older Persons, begun 30 years ago by the United Nations. The goal of this celebration is to raise awareness of the issues that older adults confront and to appreciate the contributions that older adults make to their communities. And in celebration and for enlightenment, enjoy this United Nations video highlighting the words, deeds, and attitudes of several centenarians who are still vital, active, and engaged despite aging into their second century!

As for aging, one thing has become quite clear: Those of us who have reached our later years are, by and large, much more physically and cognitively healthy than our same age cohort was just 30 years ago. In a new study published in The Journals of Gerontology, researchers from Finland looked at such attributes as walking speed, verbal fluency, muscle strength, and working memory, and determined that adults between the ages of 75-80 today are significantly better off than those of that age range 30 years ago. Why is that? Probably due to some combination of better nutrition, more physical activity, improved health care and educational opportunities, and improved work lives. As the researchers stated, “Our understanding of older age is old-fashioned.” With most of us having many more years of healthy aging than we previously could have expected, we need as a society to adjust what the parameters are of living (and working) in a healthy way well into the later years. For more insights into what that means for society, take a look here.

And we need to resist and turn back ageist attitudes that reflect a perspective of aging that’s from another era. Activist and author Ashton Applewhite (writer of the seminal book This Chair Rocks: A Manifesto Against Ageism) has boldly stated, “We’re all old people in training.” And when someone asks us our age, we need to ask why that’s relevant- and we need to refuse to be pigeonholed by shorthanded assumptions of what we can accomplish or aim for due to our age. Perhaps the most relevant example to point to on this matter is Ruth Bader Ginsburg, who just passed away while still serving on the Supreme Court at age 87. Having herself written an important Supreme Court decision on age discrimination, her work ethic and energy dispelled notions that older women can’t handle physically rigorous and intellectually demanding jobs well into their later years. As prize-winning journalist (and grandmother) Connie Schulz recently wrote about RBG, “In her 80s at an age when most of America prefers a woman be invisible, Ruth Bader Ginsburg became an action figure doll…When you make us wait so long and fight so hard, you have no business telling us when to step aside.” Seems like those are words we can all take to heart as we continue to live, work, and engage well into our later years.