Open These Books: New Titles For Your Reading Pleasure 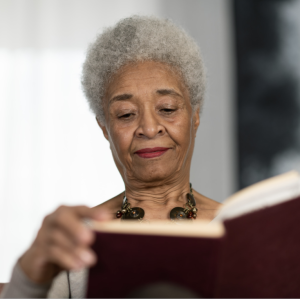 Open These Books: New Titles For Your Reading Pleasure

As the weather gets warmer and the days get longer, it may be the time to grab a book and sit outside. And if you’re looking for inspiration and thought-provoking insights, you can’t do much better than some of the new books just released. In their own way, each addresses the nature of being a mature human in the 21st century, including the acquired wisdom and unpredictable challenges that confront so many of us. So grab your bookmark and let’s begin.

First up is a beautiful and probing book about the “second half” of life by photographer Ellen Warner. A photojournalist who’s traveled the world, Warner has just published the book, The Second Half: Forty Women Reveal Life After 50. Working on this project since 2006, Warner has produced gorgeous photos accompanied by probing interviews to reveal the thoughts and experiences of women “in their second half” from all over the world. With interviews of women from a variety of cultures, regions, and socioeconomic positions, Warner’s interviewees share a lifetime of accumulated wisdom and in many ways, their differences fade away as their thoughts converge on similar attitudes. As one reviewer wrote, “Paring away the less essential, being generous, practicing gratitude, staying in the present moment and finding purpose are ways of living urged repeatedly in the book.” It’s a moving collection of portraits and perspectives, and anyone who’s a fellow member of the “second half” tribe will likely find much that resonates. For more insights into the book and the women who populate it, click here.

Next up is the memoir by New York Times writer Frank Bruni, whose new book “The Beauty of Dusk” describes his sudden descent into partial blindness due to a rare stroke. Alluding to the title of the book, Bruni writes about “those first real inklings that the day isn’t forever and the light inexorably fades.” Facing the possibility of the same loss of vision in his other eye, with no real treatment available, Bruni approaches his new reality as both a person dealing with a challenge and a journalist interviewing experts and “civilians” who have faced similar struggles. In an interview with writer Richard Harris in Next Avenue (himself a recovered stroke patient), Bruni reveals the difficult insights he’s encountered (“If you are alive, you are at the mercy of fate to a large degree and you have no idea what’s coming down the road”) as well as the strength his ordeal has revealed in himself (“We are all much stronger and more resilient than we realize”). To read more about this personal journey and the wise and insightful people he encountered as he tries to make sense of his situation, listen here.

Finally, there is the deeply moving, newly published memoir by best-selling writer Amy Bloom. Her new book, In Love, details the onset of Alzheimer’s in her late husband, whom she married later in life, and the struggles they went through as he pursued his choice to end his life prior to losing all dignity to the disease. Determined to die “on his feet and not live on his knees” his choices ultimately led the couple to Zurich, where, with the help of the organization Dignitas, Bloom’s husband ended his own life in 2020. In a journey requiring her to be brave while dealing with grief, Bloom’s story has been recently profiled in The New York Times as well as sensitively probed in a recent interview with Fresh Air host Terry Gross. Vividly illustrating the challenges faced by both members of a marriage when Alzheimer’s strikes, Bloom’s riveting story forces us all to consider what quality of life is worth living and whether and how a life no longer desired can come to an end. For more on their story and this stirring new book, read here.