Next Up: Another (More Promising?) New Drug For Alzheimer’s 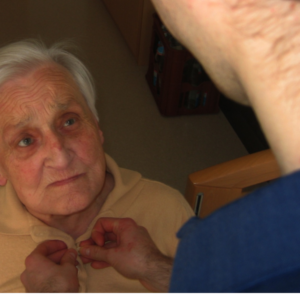 Next Up: Another (More Promising?) New Drug For Alzheimer’s

You may remember that more than a year ago, we posted a story on the arrival of a new drug approved by the FDA for the treatment of Alzheimer’s disease. That drug is Aduhelm, and while it is technically on the market and available, its use has been greatly limited and hampered by the controversy surrounding the data supporting its value, the side effects it causes, and the decision by Medicare to largely avoid paying for it. While there was great fanfare at the introduction of Aduhelm, the reality of its benefit for Alzheimer’s patients and their caregivers has been largely disappointing.

It’s then with some trepidation and skepticism that Alzheimer’s patients, families, and clinicians consider a brand new drug that will likely be approved by the FDA in the coming months. Called Lecanemab, jointly developed by Biogen (the producer of Aduhelm) and the Japanese pharmaceutical company Eisai, this new drug targets the amyloid plaques thought to at least be partly responsible for the onset of Alzheimer’s. The results from phase 3 clinical trials of the drug appear to show benefits among patients with early-stage Alzheimers or mild cognitive impairment. A press release issued by the companies reports that Lecanemab slowed the rate of cognitive decline in this patient population by 27% over an 18-month period (though it does not halt the decline). The scientific community now awaits further word about Lecanemab, which should come at a conference later this Fall, as well as the publication of the formal research results in a peer-reviewed scientific journal. The companies have applied for accelerated FDA approval of the drug, and the FDA’s decision will likely be rendered by January.

While the results appear to be statistically significant, many questions arise about its actual benefit in the clinical setting and whether it will suffer from some of the same negative factors that arose with the introduction of Aduhelm. First, is it really the breakthrough that the clinical trial results suggest? Jason Karlawish, one of the country’s leading Alzheimer’s clinicians, recommends we hold off judgment until the results appear in a scientific journal and a better FDA approval process transpires than what happened with Aduhelm. Debra Kan, writing on her website Being Patient also urges caution. As she makes clear, we still don’t know with certainty whether amyloid plaques cause Alzheimer’s or are just a symptom of them. As she suggests, “Let’s not celebrate until we have better data to truly determine what is best for people with Alzheimer’s disease.”

There will also be inevitable controversy surrounding the pricing and payment for this new drug. Even if it is priced lower than the cost of Aduhelm, which was originally priced at around $56,000 per year (later cut in half), this could still cost billions of dollars per year if Medicare decides to cover it. (In fact, Medicare recently announced lower premium costs next year because of their decision not to cover Aduhelm). Other companies have similar drugs in development, and other insurers will likely also weigh in as to whether they would be willing to cover the costs of Lecanemab. While many in the medical and Alzheimer’s communities are cautiously optimistic that this may actually be a breakthrough drug, we’ve been down this road before and have been disappointed as a result. In fact, results that may be statistically significant in a clinical trial may be modest at best in the real world, especially as the benefits are weighed against the cost and side effects of the drug. Time will tell- so stay tuned for further updates.