Optimism and Realism: Where Are We Now When It Comes To Alzheimer’s? - agebuzz

Optimism and Realism: Where Are We Now When It Comes To Alzheimer’s? 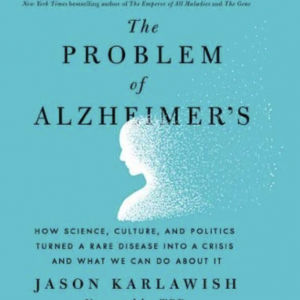 Optimism and Realism: Where Are We Now When It Comes To Alzheimer’s?

There’s certainly been no shortage of research, information, and updates when it comes to Alzheimer’s disease. While we still have a ways to go before effective diagnostic tools and therapeutic options are available to patients and families, we do have reason for optimism. Back in August 2020, we reported on a new blood test coming online for the detection of Alzheimer’s, something that has more recently been heralded as both a potential tool for predicting the onset of Alzheimer’s as well as for monitoring its progression and helping determine the value of possible new treatment options.  We also have new data out of Boston University School of Medicine that reveals that while  ⅕ of current Alzheimer’s cases are severe (estimates are that there are currently close to 6 million people living with Alzheimer’s in the US), approximately ½ of the current cases can be characterized as “mild,” underscoring the possibility that millions of people could benefit from research and new therapies that slow the decline or prevent the progression of Alzheimer’s. Recent studies of a new drug from Ely Lilly look promising on that front.

That’s an important goal, especially as patients and families often live with burdensome myths about the impact of Alzheimer’s (or other sorts of dementia) on the quality and value of their lives. Some of these devastating myths?  That a dementia or Alzheimer’s diagnosis means you can’t enjoy life or learn new things. Or that such a diagnosis means a quick and inevitable path to decline. In fact, the Mayo Clinic recently updated and revised its book, Mayo Clinic on Alzheimer’s Disease and Other Dementias: A guide for people with dementia and those who care for them as a way to combat such myths and demonstrate through personal stories the way individuals with Alzheimer’s and their families can lead lives of quality and meaning.

And speaking of books: there’s a brand new book just published that’s sparking excitement in the world of Alzheimer’s professionals and families. The book is titled, The Problem of Alzheimer’s: How Science, Culture, and Politics Turned a Rare Disease into a Crisis and What We Can Do About It by Jason Karlawish, a physician, clinician, and researcher at The University of Pennsylvania and Co-Director of the Penn Memory Center. An esteemed Alzheimer’s researcher caring for Alzheimer’s patients and their families, Karlawish’s new book has been called, “An outstanding primer that readers should put into the hands of their doctors.” In a video interview describing the book as well as the state of affairs regarding Alzheimer’s, Dr. Karlawish is adamant that Alzheimer’s is not merely a disease but a humanitarian problem, one that “we’re not going to drug our way out of.” While he’s optimistic about the diagnostic tests and therapeutics in the pipeline, he’s also insistent that we need to be equally focused on policy and social welfare fixes to meet the challenges of this disease for patients, families, and the broader society. With estimates of almost 14 million Americans living with Alzheimer’s by 2025, Dr. Karlawish is hopeful that the current pandemic crisis will focus our need for more social and financial support for caregivers and more innovative programs for patients, as he advocates for the “non-medical” prescriptions needed to match the level of crisis. For more insights into his thinking and new book, watch his video interview here.

The ABCs of CBD: An Interview With CBD Producer Bonnie Hagen, Founder of Bright Energy Wellness

Keep It Up: Regardless Of Age Or Weather, You Need To Keep Exercising

Straightforward And Simple: Cosmetic And Skin Products For Mature Faces