Movies Not To Miss: New Documentaries Shine A Light On Aspects Of Aging 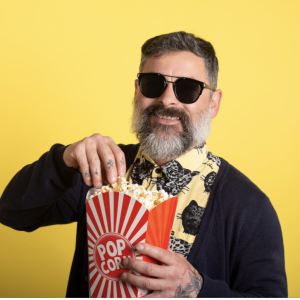 Movies Not To Miss: New Documentaries Shine A Light On Aspects Of Aging

Have you returned to movie theaters? Are you compiling a list of new films to watch when they come out? Well, following the recent Sundance virtual film festival, several new documentaries have come to our attention- and should come to yours. These are films that capture real, lived experiences of those getting older, as well as the nostalgia that many of us remember from days long ago.

First, let’s consider “the good old days.” Recently, agebuzz guest blogger Alice Herb wrote a blog post about “Nostalgia,” including her fondness for old-time eating establishments like Horn and Hardart. Well, Alice, along with the rest of us, can dive deep into that nostalgia with the release of the new documentary Automat, from director Lisa Hurwitz. Part history of the iconic Horn and Hardart automats, part cultural tour of New York City in a prior era, the film is, as the New Yorker review exclaims, “a guide to the wonders of mid-20th-century urbanism.” With such illustrious native New Yorkers as Colin Powell, Ruth Bader Ginsburg, and Mel Brooks recalling their time spent at an automat, the film spotlights a time when neither class, race nor ethnicity could prevent you from enjoying a good meal and taking in the scenery of a bustling, diverse New York City (and Philadelphia). For further insights and highlights from the film, read here, and to watch the trailer, grab an egg cream and watch here. And click here to see if it’s being screened anywhere near you.

On a completely different note, the documentary Last Flight Home recently premiered at Sundance and won plaudits for its sensitive and moving documentation of the last days of Eli Timoner, the co-founder of Air Florida who was tragically stricken by a devastating stroke at the young age of 53. Having been an extraordinarily successful businessman who then retired to a more modest life, Mr. Timoner, at age 92, eventually asks to take advantage of California’s End Of Life Option Act, which permits terminally ill, lucid Californians to request an aid-in-dying drug from their physician.

Directed by his daughter, Ondi Timoner, the movie captures an intimate and ultimately deeply moving moment in the life of the Timoner family as they share the last days of Eli together. As one reviewer of the film noted, “Eli has given himself the luxury of certainty,” and his family came together in support of his choice. You see each member of the family deal with the situation and together, with the practicalities of carrying out the decision. No word yet on whether and when the film will be distributed or streamed but certainly something to be on the lookout for.

Finally, for something a bit lighter, you need to check out Calendar Girls, another documentary that recently premiered at Sundance. Shining a light on the performances of a song and dance team composed exclusively of older women, The Calendar Girls, this movie joyfully follows them around the state of Florida as they shake their bodies in glittery costumes and perform to raise money for their chosen charity, Southeastern Guide Dogs For Veterans. Begun in the early 2000s, these older female performers now number 36 and range in age from 50-80. Directed by 2 women from Sweden who were taken by a performance they watched during a trip to Florida, this 83-minute film shakes up our stereotypical images of how older women are supposed to behave and have fun. Described as a “coming-of-golden-age” film, the movie is expected to premiere in theaters this summer. To watch a teaser trailer for the film, that includes commentary on the challenges they face as older women, grab your pom-poms and click here.