MIND Over Matter: A Diet To Help You Stay Cognitively Resilient 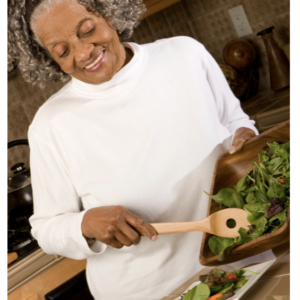 MIND Over Matter: A Diet To Help You Stay Cognitively Resilient

No doubt you know the benefits of eating a healthy diet by now. We’ve sung the praises of the Mediterranean diet on numerous occasions, as a way to help maintain your heart health, tamp down inflammation and even allow you to live a longer, healthier life. But what about your brain? Can eating in a certain way help fortify your brain against cognitive decline or even the ravages of dementia? Well, a new study out of Rush University Medical Center in Chicago appears to give us important evidence that diet can- and does -make a difference when it comes to protecting your aging brain. So put down your morning pastry and let’s get started.

According to new research published in the Journal of Alzheimer’s Disease, adherence to the MIND diet, which was developed in 2015 by clinicians at Rush University, can slow cognitive decline in older adults, even those who had no clinical signs of dementia while alive but whose brains showed signs of Alzheimer’s on post-mortem exams. The MIND Diet is a combination of two existing dietary plans- the Mediterranean Diet and the DASH Diet- that is made up of 15 dietary components, including 10 “brain-healthy” food groups as well as 5 “unhealthy” food groups (guess which one the morning pastry is in?). The healthy components of the diet include daily servings of whole grains, green leafy vegetables as well as another vegetable, plus a glass of wine! Other regular items on the diet include nuts, beans, berries, and fish at least once a week. As for the unhealthy items- including butter, pastries and fried or fast food- cut back to no more than once a week, in order to get the best dementia-fighting results. So grab some blueberries and find out more about this study and what may be your best way for saving your brain here and here.

If this path to better cognition piques your interest, you may want to try some recipes that adhere to the MIND diet. For quick ideas to try, take out your saute pan and look here and here. Or, you may want to load up your Kindle or iPad with a new MIND diet cookbook you can find here. But if you shy away from strict dietary regimens and just want to eat healthier (albeit with the occasional buttered popcorn), then consider the advice of Dr. Jon O’Neal, who was recently quoted in a Next Avenue post, Older Adults May Benefit from a Plant-Based Diet. O’Neal is not a purist but merely someone who decided to try to eat better after seeing many peers succumb to heart disease. He gradually transitioned from being a total omnivore to mostly eating a plant-based diet. Recognizing that you have to go at your own pace, O’Neal doesn’t proselytize but uses the amazing results that he achieved to encourage a plant-based diet. As he proudly states, “I’m now sixty-four years old; I feel better in my sixties than I did in my forties. Less joint inflammation. I sleep better. I’m the same weight that I was in my thirties in the Air Force, and my blood pressure is significantly lower now than it was when I was in my thirties, at the same weight.” To find out more about his gradual adaptation to healthier eating and better health as a result, read here.