Identity Politics: Does It Matter How Old The President Is? 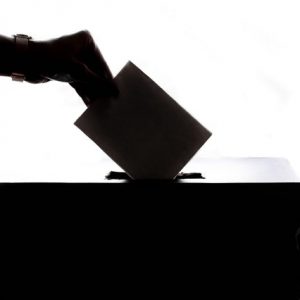 Identity Politics: Does It Matter How Old The President Is?

Unless you’ve been under a rock the last few months, you know that the 2020 Presidential election season has begun. Donald Trump, who turns 73 years old tomorrow (June 14th) will face off against one of the 20+ Democrats currently running. Leading the polls among Democrats right now are 2 septuagenarians- Joe Biden and Bernie Sanders, followed closely by Elizabeth Warren, who turns 70 in about one week. Do you see a pattern here?

One of the main questions, then, for the coming election will be, does age matter in a Presidential candidate? According to a recent poll out of UCLA, Americans are more accepting of a gay candidate than a candidate older than 70 years old. And among Democratic candidates, there’s a 40-year spread between the oldest candidate (Bernie Sanders) and the youngest candidate (Pete Buttigieg). The electorate is now grappling with the dilemma of whether age is an asset or a liability in a candidate, or does it matter at all? According to a recent piece in The New York Times, Democratic primary voters have favored the youngest presidential contender in recent elections and current polling of such primary voters seems to suggest contradictory results: An April Gallup poll showed that 35% of Democratic voters would be unwilling to vote for an otherwise qualified candidate who is over 70 yet in many of the early voting states, Biden and Sanders are in the lead. And when examining the preferences of older voters, there is some evidence that such voters themselves are ready to “get the hell out of the way and let the younger people come up.” In fact, 37-year-old Pete Buttigieg seems to be enjoying a surge among older voters, and there’s even a Facebook group, Seniors For Pete Buttigieg, that’s growing by leaps and bounds.

One thing seems for certain, however.  Whether our next President is young or old, or somewhere in between, demographic changes and increased activism seem to indicate a significant number of female politicians in the years to come. If there’s one thing the 2018 midterm elections demonstrated, female candidates are now front and center and much younger than those before them when entering politics. Nancy Pelosi didn’t run her first race for elected office until her late 40s yet now female candidates at all levels of governance are juggling childcare with committee assignments. To find out why the future of politics may be female, put aside those poll numbers and read here.